Dybbuk Movie Storyline, Cast, where to watch and more 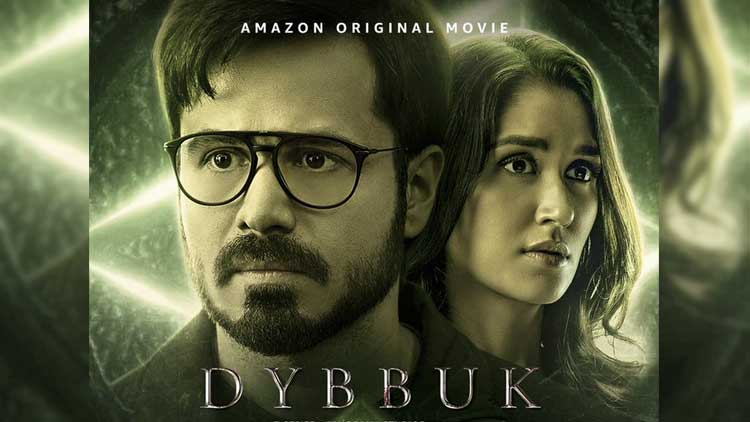 Dybbuk is a Supernatural Horror movie directed by Jay K and produced by Abhishek Pathak, Krishan Kumar, Bhushan Kumar and Kumar Mangat Pathak. Production houses are T-series and Panorama Studios. The movie is the adaptation of the Malayalam movie “Ezra” (2017), which featured Prithviraj Sukumaran as the lead. Emraan Hashmi is the lead in the movie along with Nikita Dutta.

The movie will be released on Amazon Prime Video and can be streamed online on 29th October 2021.

It is a supernatural horror movie, which revolves around the couple Sam (Emraan Hashmi) and Mahi (Nikita Dutta). The story beings with Mahi who purchases an antique 300 old Jewish box. After opening the box, Mahi is met with unusual substances inside it like a piece of hair, etc. Soon after, the couple starts experiencing paranormal activities, and they come to know that it is a dybbuk box.

In the 16th century, some Jewish people performed a ritual. They would separate the dissatisfied souls from the body and trap it into a box. Those spirits were called Shedim. And the box is named a dybbuk. The dybbuk box won’t leave till it destroys everything!

Hollywood Rewind | The Others: A different kind of horror experience with a classic,...