Home EntertainmentBollywood Each artiste wants a vanity van for himself, but suppliers struggle to meet demand

Each artiste wants a vanity van for himself, but suppliers struggle to meet demand 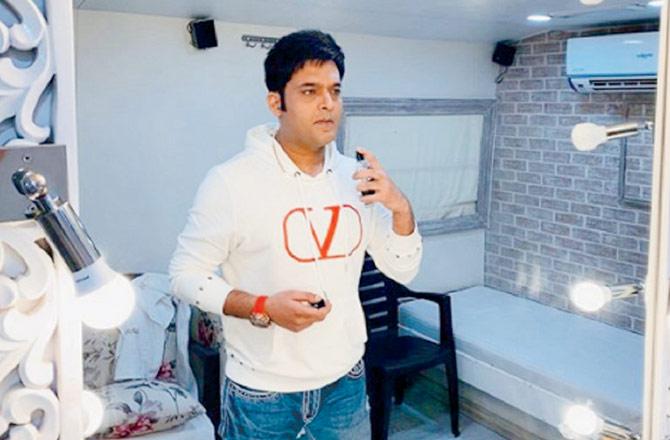 Mumbadevi Vehicles’ owner Ketan Rawal usually provides three vanity vans to the crew of Soni Razdan and Rajat Kapoor-starrer Call My Agent, which went on floors in October. Over the past few weeks, that number has been upped to five, a demand that he is struggling to meet, given that similar requests have been made by several city production houses.

“I also got a call from Balaji [Production house], which has 17 projects currently on floors. They need 30 to 40 vans each day. I am unable to meet their demand because my vans are [also] being used by the crew of [Sanjay Leela Bhansali’s] Gangubai Kathiawadi, and Rohit Shetty’s Cirkus,” says Rawal.

In the wake of the pandemic, and especially amid reports of the presence of a more transmissible viral strain, actors have become apprehensive about sharing vans, he says. “Earlier, character-actors would share vans. But, in the last three months, artistes have been uncomfortable. Each day, we get SOS-calls from production houses that need vanity vans, and we often run short of them.”

Echoing Rawal’s opinion, van-provider Mehboob Ansari cites that the biggest challenges are being posed by production houses employing ensemble casts. “While many actors would share vans in the past, now, even junior artistes are unwilling to do so. Several web series are being shot nowadays, and many actors are part of each. It is tough to meet the demand. Even though we have double-door vans, which can accommodate two artistes, now, even for a single-day shoot, each artiste wants a van for himself,” says Ansari, adding that though production houses are struggling, business for van-owners has flourished. “Our work is on in full swing,” he says with a sense of relief.

As though meeting the demand for additional vans was not troublesome enough, Ansari says several production houses request for vans with adjoining make-up rooms to meet the needs of the actors.

“Earlier, if a van did not have a make-up room, actors would [use a common facility]. But, now they insist on being provided with vans that have such rooms.”

With the uncertainty of the situation encouraging filmmakers to wrap up their films in start-to-finish legs, Rawal says several vans are being occupied for extended outstation schedules.

“My vans have been stationed in Hyderabad for Thalaivi since October. As for Rashmi Rocket, few vehicles were used for the Ranchi leg. Several outstation schedules are being held in Lucknow, Bhopal, and Gwalior, which is causing a shortage in Mumbai,” says Rawal, who has ordered seven new vans to combat the situation.