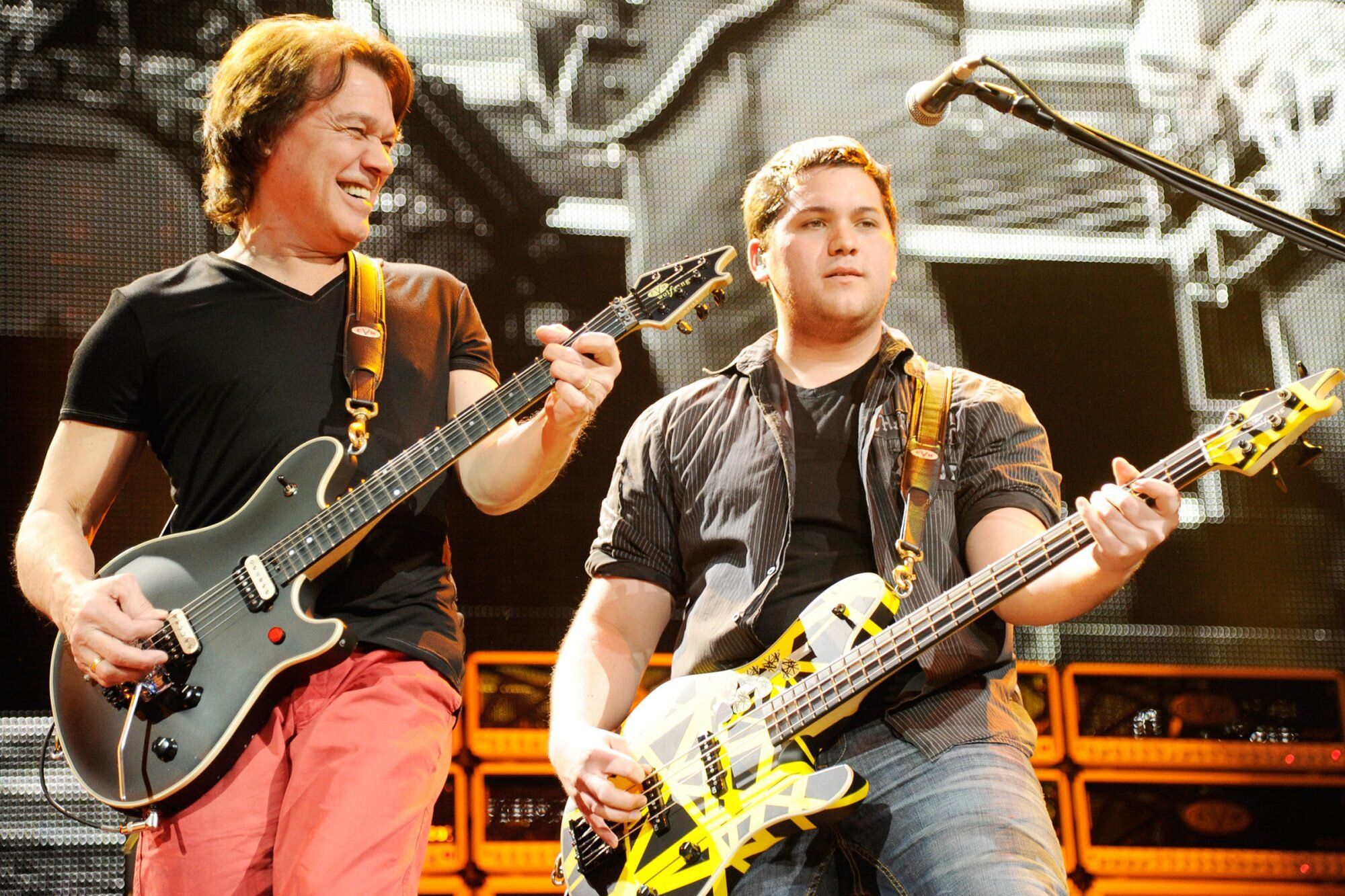 Wolf Van Halen is remembering his dad Eddie on what would’ve been his 66th birthday.

Sharing two home videos of the father-son duo spending time together in 1994, Wolf, 29, wrote a heartstring-pulling tribute to his rock legend father.

“I wish I could give you the biggest hug and celebrate it with you,” he wrote in the message dedicated to his “pop.” “I love and miss you so much it hurts. I don’t even know how to put it into words.”

“I’ve been doing my best to hold it together, but goddammit it’s really tough being here without you,” he added.

Not a second has gone by where you haven’t been on my mind, and today will be no different.

Love and miss you beyond words, Pop ❤️ pic.twitter.com/kU7MhKpbiO

Wolf added a second tweet, writing that “not a second has gone by where you haven’t been on my mind, and today will be no different. Love and miss you beyond words, Pop.”

In the second video, Eddie — then in his late 30s — records himself alongside Wolf on Christmas Eve, 1994. “There’s Wolfie and daddy,” he says.

Valerie Bertinelli, Wolf’s mom and Eddie’s ex-wife, commented three emojis of broken hearts on his tweet. On her Instagram, she shared a text message exchange with him on his birthday last year.

“Thank you Val!! Love You!! Too bad no football today!! Anyway, hope to see you again soon Love-Ed,” Eddie wrote back then.

RELATED VIDEO: Valerie Bertinelli Tears Up as She Says ‘It’s Been Rough’ Since Death of Late Ex Eddie Van Halen

Since the Van Halen frontman’s death due to cancer in late October, Wolf has posted tributes to his father and throwback photos on his social media. In November, he opened up on the Today show saying it had been “really tough” grieving his dad.

“It doesn’t seem like the pain is ever really gonna go away … You just kinda figure out how to carry it a bit better,” he said then.

Then, he also released a song in tribute to his father titled “Distance,” which featured home video clips in its music video.

“As my pop continued to struggle with various health issues, I was imagining what my life would be like without him and how terribly I’d miss him,” Wolf said about the song in a press release. “While the song is incredibly personal, I think anyone can relate to the idea of having a profound loss in their life.”