Effective laws must for checking flood havoc, says US expert 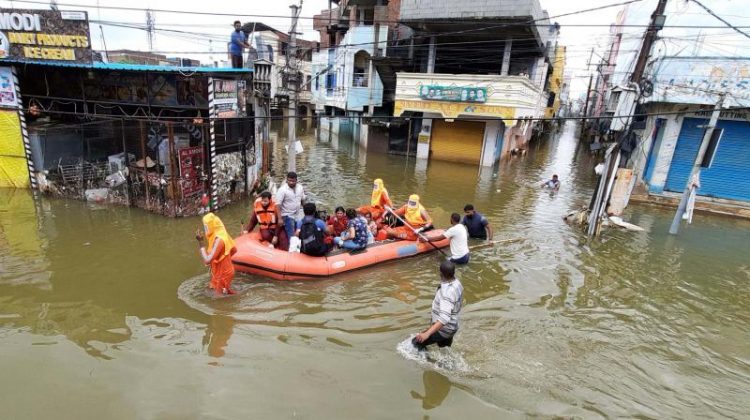 Nellore: Introduction of effective laws to check flooding of cities by storm-water, similar to the laws in Chicago, is necessary for India, proposed US-based expert in water conservation and management, Dr Prakasam Tata.

Expressing concern over the plight of residents during the recent floods in Hyderabad and also cities in AP, Dr Prakasam told Deccan Chronicle that similar situations existed in Chicago and other US cities in the past, but these have been overcome with new laws and effective steps.

Dr Prakasam said, “Acute flooding and water logging during monsoon are annual occurrences in metros and other cities across India. Governmental intervention can help change the grim scenario. Years of careful planning and creation of a flood management infrastructure as also effective execution of projects helped Chicago being less prone to flooding and a safe place to live now.”

Referring to his 30-year-long service with the Metropolitan Water Reclamation District of Greater Chicago(MWRDGC), Dr Prakasam said a proper storm water drainage system and relevant infrastructure to keep ground water free from pollution by floodwaters are a must.

“The scenario in Chicago improved over time since the 1950s. The passing of a storm-water control law 2004 helped improve things more. Several of its elements can be emulated and implemented by cities like Hyderabad, he said, and offered to undertake free consultancy in this respect for any such project in India.

Dr Prakasam’s former colleagues in the Greater Chicago agency Dr. Catherine O’Connor and director of engineering there Khaza Moinuddin, who has his roots in Hyderabad, also shared their views with the daily on facing the flood threat to urban areas.