Egyptian model arrested for ‘indecent’ photoshoot in front of pyramid 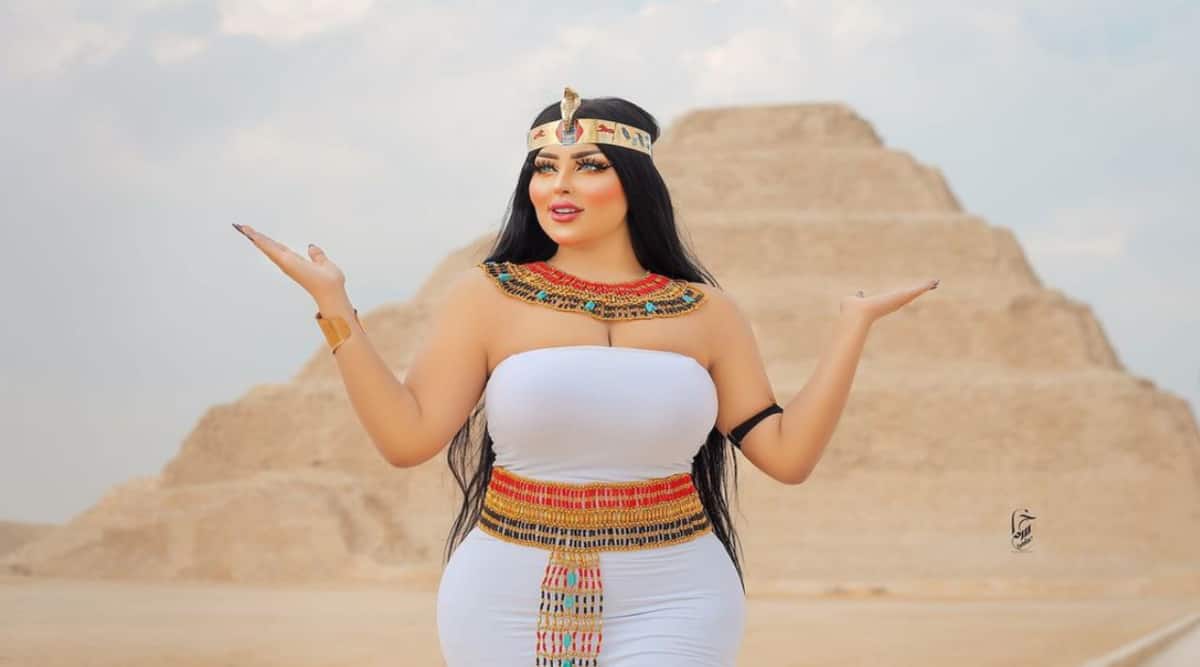 Moments after Al-Shimi shared the controversial images and a video on Instagram, social media users called them “offensive”, “indecent” and “inappropriate”. (Photograph: Salma.elshimy.official/Instagram)

An Egyptian fashion model and Instagram influencer was arrested on Monday and then later released on bail after she sparked outrage on social media for appearing in purportedly ‘indecent’ photographs taken at a pyramid site outside Cairo.

The model, identified as Salma al-Shimi, was arrested along with her photographer, Houssa Mohammed, soon after she shared images of herself dressed in an ancient pharaoh-like costume and posing in front of a number of monuments at the Saqqara necropolis.

“A photographer has been arrested after a private shoot with dancer Salma al-Shimi in the archaeological zone,” an Egyptian security source confirmed to AFP, adding that his case had been referred to the courts.

Moments after Al-Shimi shared the images and a video on Instagram, social media users called them “offensive”, “indecent” and “inappropriate”.

Al-Shimi and Mohammed were arrested for taking photographs at the ancient site without authorisation from the authorities, local media reported. However, after heavy criticism over the arrests, the authorities released them on bail the next day.

“Is there really a ban on taking photographs in archaeological zones, even pictures that are not indecent but completely normal?” one social media user asked.

Appearing before a court, Al-Shimi said that she was not aware that taking photographs without permission was forbidden at the ancient site. She said that her aim was not to degrade Egyptian culture, but rather to promote tourism.

In a post shared on social media soon after the incident, the Secretary-General of the Supreme Council of Antiquities, Mostafa Waziri wrote, “disrespectful photos at the ancient sites are banned and anyone who shows negligence when it comes to antiquities or our unique Egyptian civilization will be punished.”

In recent months, at least a dozen social media influencers have been jailed in Egypt for sharing content that was deemed offensive by Egyptian courts, the Guardian reported. In 2018, pictures of a naked couple embracing atop the Great Pyramid of Cheops prompted a nationwide outcry.

Later, authorities arrested a camel owner and a young female guide for helping the couple gain access to the site.