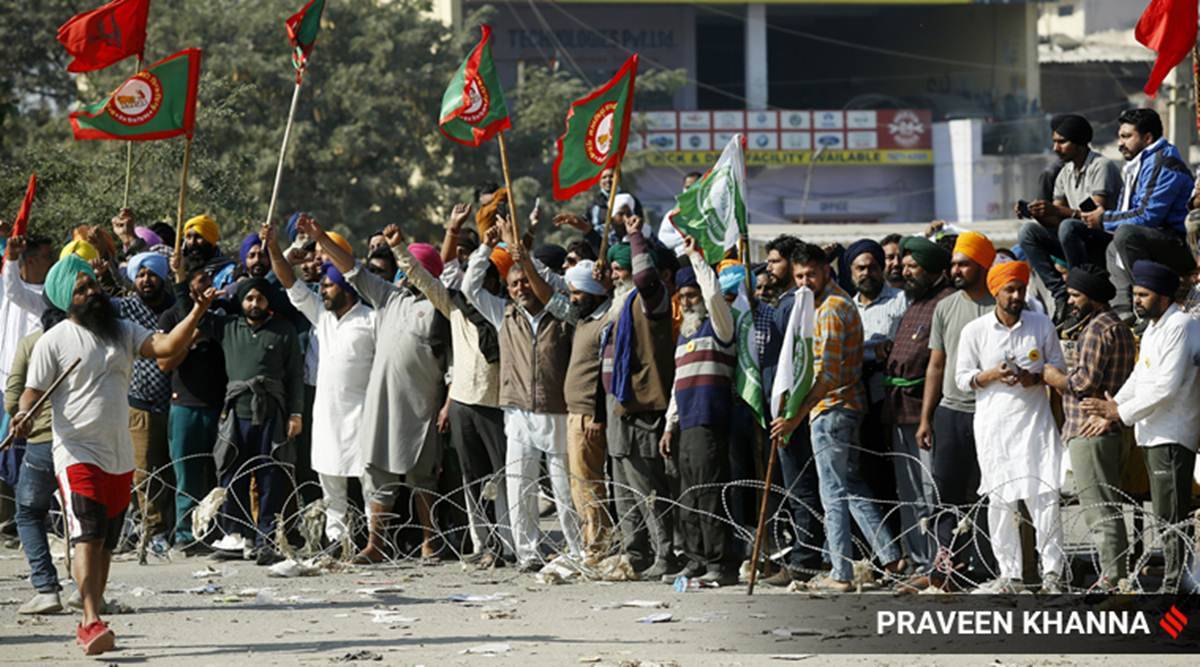 
Farmers at the protest site at Burari, in New Delhi on Saturday. (Express photo by Praveen Khanna)

Eight opposition parties in a joint statement on Saturday said the attempts by police to stop the farmers’ march towards Delhi by using tear gas, water cannons and by digging up roads were like “waging a war” and asked the government to address the “concerns” of the protesting farmers.

“Braving severe repression, tear gassing, heavy water cannoning, roadblocks, police barricades and digging up the national highways surrounding Delhi akin to waging a ‘war’ on our farmers, tens of thousands of farmers have successfully reached the National Capital of Delhi. We salute their determination and courage in this massive protest demanding the withdrawal of the retrograde anti-kisan agri laws,” the leaders of eight parties said in a joint statement.

However, the main opposition Congress was not part of the statement.

“We reiterate our opposition to these new agri-laws…. The Central Government must adhere to the democratic process and norms and address the concerns of the protesting farmers,” the statement said.

OPEC+ agrees oil output rise from May, after US call to Saudi