Home News Eighth round of talks: Adamant farmers say, ‘We will either die or win’, know where it all started

Eighth round of talks: Adamant farmers say, ‘We will either die or win’, know where it all started 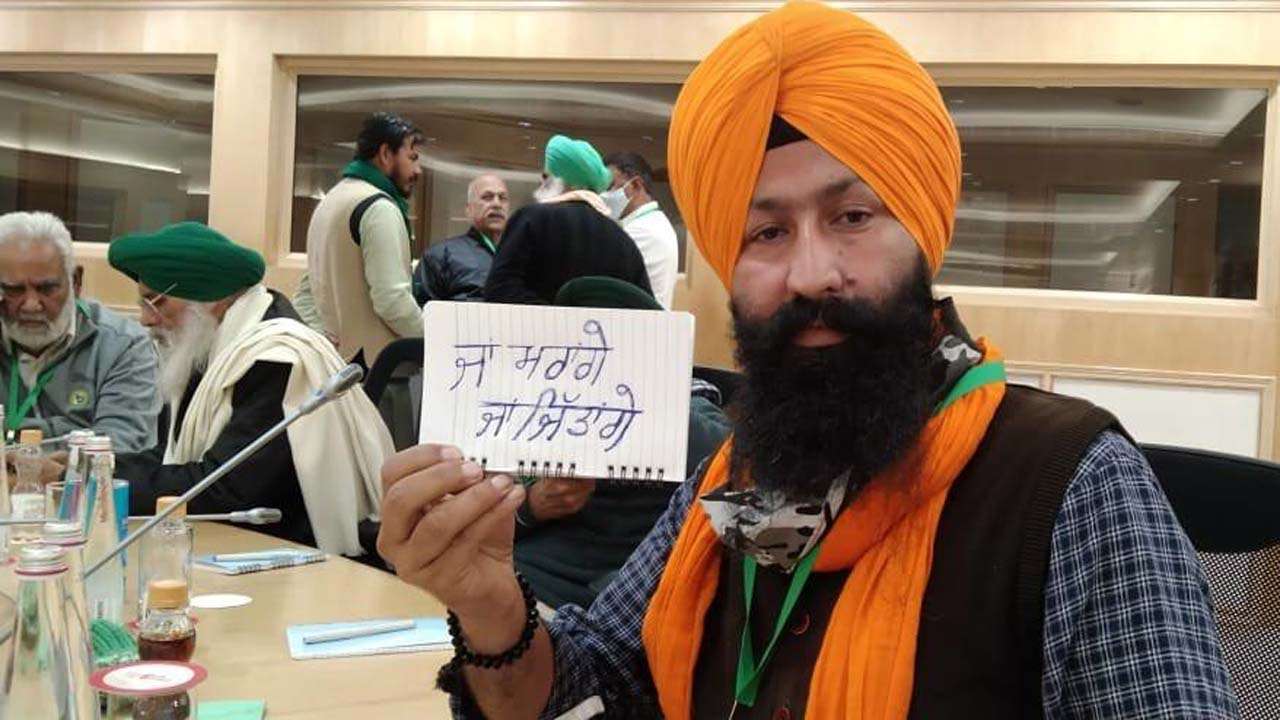 The eighth round of talks between the farmers’ unions and the Centre took place at Delhi’s Vigyan Bhavan on Friday. Just like the previous seven rounds of talks, the eighth round too ended without a comprehensive solution. The two sides are going to meet for the ninth time on January 15.

As per media reports, Union ministers said laws are meant for the entire nation and not only Punjab and Haryana. The farmers’ unions, however, stuck to their demand saying let the states bring in their own legislation. Though the talks failed to reach any conclusion, it gave media the catchline of the day, ‘Ghar waapsi, only if you do law waapsi’. But what really happened in the meeting and who said what, is something we bring before you.

Timeline on farmer’s agitation and details from meet

– Intensifying their stir against the Central farm laws, 15 farmers from Western Uttar Pradesh sat on a hunger strike in Noida.

– Union Agriculture Minister Narendra Singh Tomar met Union Home Minister Amit Shah just before the start of the eighth round of talks. The meeting continued for about an hour.

– In the session before the lunch break, Agriculture Minister Narendra Tomar told farmers’ union leaders that laws are meant for the entire country and unions should consider beyond the interests of Punjab and Haryana.

– During the meet Agriculture Minister Narendra Tomar suggested they break for lunch but no one went out of the meeting.

– The talks halt for a lunch break. But as the ministers and government officials step out of the meeting hall, the farmers stay out. The farmer leaders decided not to eat and did not talk to anyone.

– A nearby gurudwara sent a van with lunch for farmers to Vigyan Bhavan, where the eighth round of talks between farmers and the Centre was underway.

– At the meeting, some farmers displayed placards with the message, ‘We will either die or win’

– All India Kisan Sangharsh Coordination Committee (AIKSCC) member Kavitha Kuruganti, who was also present in the meeting, said the government told the unions it cannot and will not repeal these laws.

– Farmers to hold an internal meeting on January 10.

– After Singhu Border, AAP has installed WiFi hotspots at the Tikri Border where thousands of farmers are protesting against the three new farm laws.

– A special session of West Bengal assembly to be held on 27th January, issues such as farm bills and GST to be discussed.