Home EntertainmentBiggBoss Eijaz has been the most real person on Bigg Boss 14, says brother Imran

Eijaz has been the most real person on Bigg Boss 14, says brother Imran 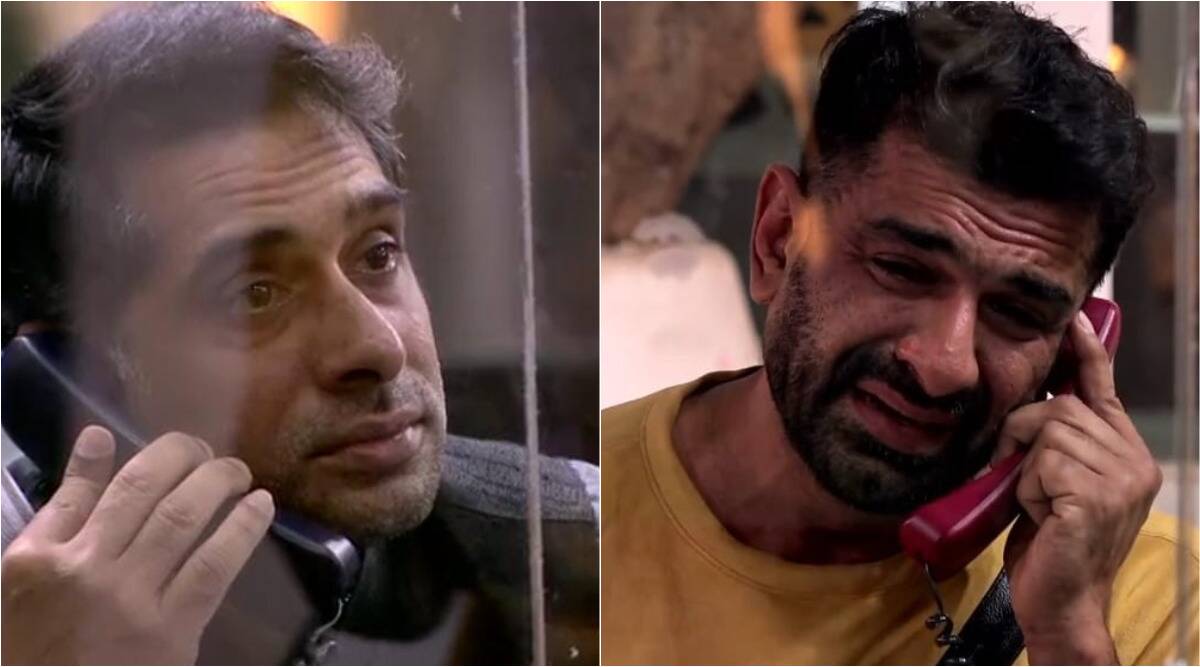 Bigg Boss 14 contestant Eijaz Khan has previously talked about how he is close to his father and siblings. It was thus not a surprise to see the actor breaking down, as his younger brother Imran Khan entered the house during the ‘Family Week’. Having met after months, the siblings got emotional.

Post his visit to the Bigg Boss 14 house, Imran spoke exclusively to indianexpress.com about his experience. Calling the visit something that he will remember for life, the younger Khan said that it was an extremely emotional time for him. He was also overwhelmed seeing Eijaz after such a long time. “Obviously, it was also one of the happiest times for me since we have never stayed away for so long, without even speaking to each other,” he said.

Imran Khan confessed every time a discussion would happen about Bigg Boss, the family felt that it was not Eijaz’s cup of tea. However, the Tanu Weds Manu actor took up the project as a challenge, and now his loved ones are proud to see how he is handling himself. Imran stated that the house has turned out to be an interesting space for Eijaz, where he is getting to know more about himself. Calling it a great and beautiful journey, where he has grown a lot, Imran added that the family is grateful and proud of the love Eijaz has been receiving.

On Bigg Boss 14, Eijaz Khan has shown his aggression, emotional side, and romantic avatar. Smiling at his brother’s roller coaster stint, Imran Khan shared that Eijaz never shied away from expressing his emotions. He said, “He has been the most real person on the show. He is not afraid to be authentic. I know a lot of people feel he is playing a game, but this is him for real. Also, he is not manipulative and has a big heart. If he likes somebody, he will go out and be with them for life. He is misunderstood sometimes and is called obsessive. But I feel that’s his passion and commitment towards the show, and the tasks.”

The actor had to face a couple of low moments in his Bigg Boss journey – when he opened up about being molested as a kid, and his ugly fight with Kavita Kaushik. Stating that it was very tough to see that transpire on television, Imran mentioned that the family has been really proud of how he handled the situations.

He shared, “It’s not easy to see your sibling in pain, and not be there. It was painful and not easy for all of us. However, we know he is mature and the way he pulled himself together after that was commendable. The fact that he spoke about it on national television gave me the confidence that he can handle it all well. Once the show is over, we will speak about it, if and when he wants.”

Given the limited time he got to meet his brother, Imran Khan shared that he tried to make the most of it. He passed on their father’s message, which said that Eijaz Khan is looking good, and he should play the same way. He also told his elder brother that their father is very proud of him.

“As for me, I just told him to be good. He can respond to people with love and not just aggression. Honestly, Eijaz is a very compassionate person, and I told him to bring that side out. Apart from that, I told him to laugh more and not to stay alone since everyone is so good in the house,” he added.

On a concluding note, when asked to pick his favourite apart from Eijaz Khan, Imran Khan quipped, “I think I am really enjoying watching Rakhi Sawant these days.”