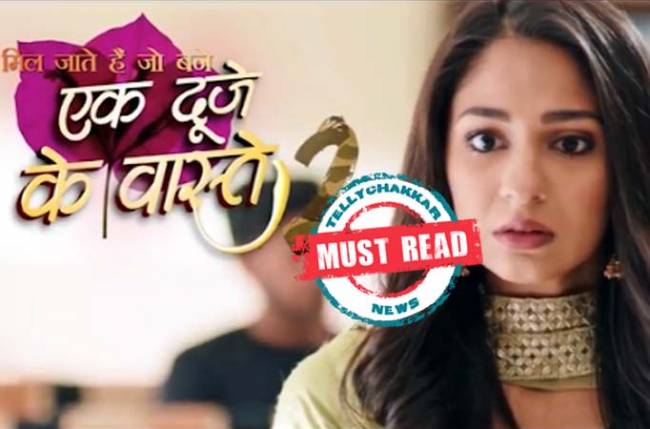 We’ve been at the forefront of reporting updates about several celebrities, details about their personal lives, gossip, and much more. (Read here: Ek Duje Ke Vaaste 2 star Mohit Kumar dislikes THIS thing about his character)

TellyChakkar.com was the first one to break the news about Kanikka Kapur’s contract with the makers of Ek Duje Ke Vaaste 2 being completed and that the actress was in two minds whether she would continue with the show or not. It was also TellyChakkar.com that broke the news about her finally deciding to quit the show, while actress Vidhi Pandya has been roped in to play Suman Tiwari in the show.

Now, the official handle of Sony LIV has shared the promo of the show wherein Vidhi’s first look as Suman has been revealed.

Have a look at the promo:

While Vidhi looks gorgeous as Suman, the fans of the show are in for a major twist in the show.

In the upcoming track of the show, Shravan will be missing post a mission. Suman waits for his arrival for the wedding but he doesn’t turn up. Later, Suman is left shattered after learning about Shravan being missing.

Are you excited for the upcoming episodes of the show?