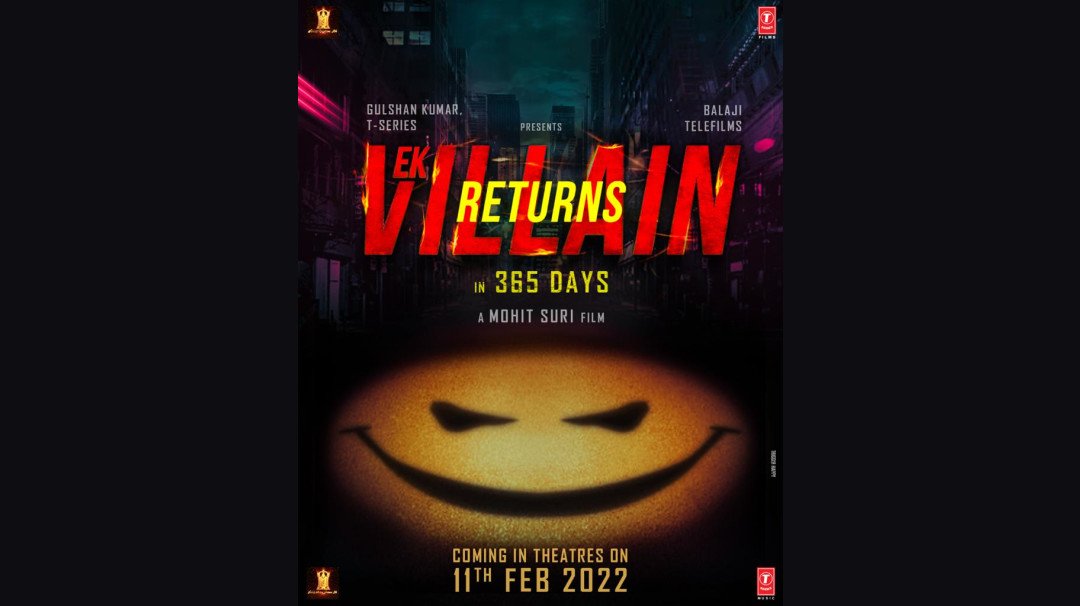 Now with the cinema halls allowed to operate at 100 per cent capacity, most Bollywood filmmakers are looking at announcing new release dates of their movies. Earlier today, the makers of Liger announced that the movie will be making it to a theatre near you on September 9, 2021.

The movie stars Vijay Deverakonda and Ananya Panday and is produced by Karan Johar.

It has now been announced that the sequel to Ek Villian, Ek Villain 2 will be releasing on 11 February 2022. The announcement was made at exact 11.11 am. The movie stars Disha Patani, Tara Sutaria and John Abraham. Earlier Aditya Roy Kapur was also a part of the movie but now he has stepped out due to creative difference.

Ek Villian 2 is being directed by Mohit Suri. It is produced by Ekta Kapoor and Bhushan Kumar.

The first part of the movie was released in 2014 and had Sidharth Malhotra, Shraddha Kapoor and Ritesh Deshmukh in the lead roles.

As per the announcement today, Arjun Kapoor is a part of the movie now. The makers have not revealed whether he will be stepping in the shoes of Aditya Roy Kapur in this sequel. Also interestingly there is no mention of John also in the announcement.  However, the shooting schedule is expected to begin soon, so guess we will get to know the details soon. This is the second time that Mohit Suri and Disha Patani will be working together after the success of Malang.

Kirti Kulhari confirms split from husband Saahil: “Not on paper but in...

Jacqueline Fernandez Opens Up About Her Excitement On Working With Salman Khan...

Drishyam 2: 5 Reasons Why The Franchise Enjoys An Ever-Increasing Fandom Around...