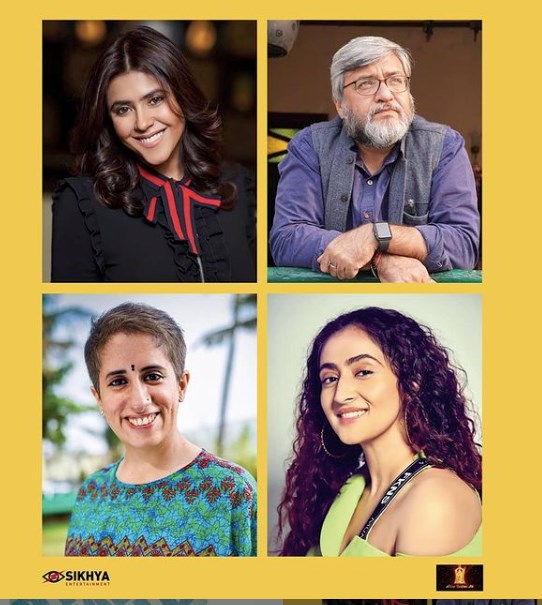 After the outbreak of Covid-19 in March 2020, the entertainment industry suffered a great fall back. But slowly the Industry is bouncing back and will soon return to NORMAL. Shoots have resumed and films in the pipeline are all set to roll. Amidst this, Ekta Kapoor, Guneet Monga and Umesh Bist have signed a 3 film deal together.

Ekta Kapoor, Guneet Monga and Umesh Bist had earlier associated for the film Pagglait starring Sanya Malhotra in lead role. The film was directed by Umesh Bisht and was produced by Ekta and Guneet under their banners Balaji Motion Pictures and Sikhya Entertainment.

The film Pagglait follows the life of a young widow as she learns how to face the family. It received good response from the audience.

Following the success of this film, the team is now ready with the first film out of the three film deal. The details of the project will be announced soon.