Elderly Floridians Camp Out Overnight In Line For COVID-19 Vaccine 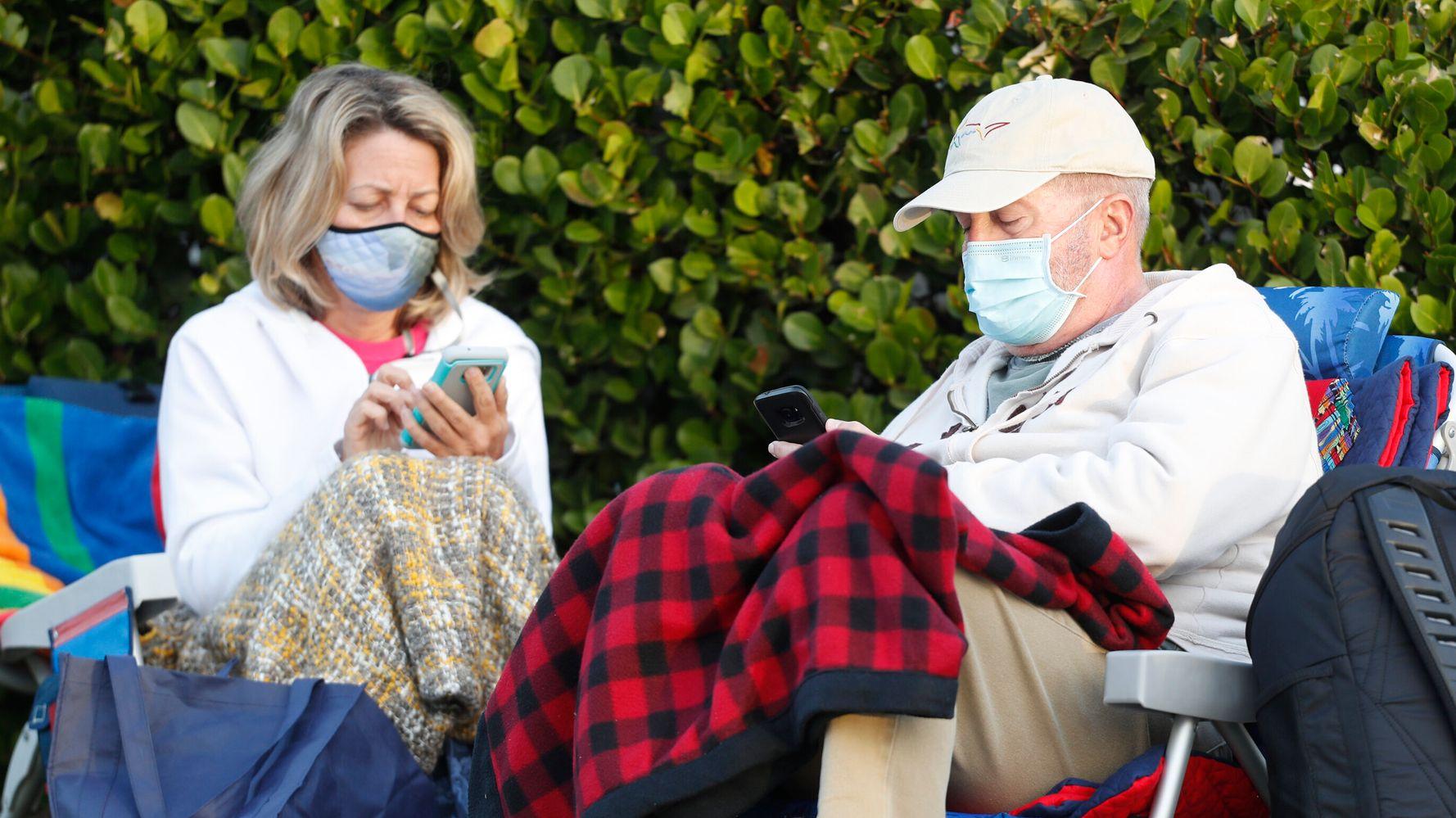 States and local jurisdictions distributing shots of the coronavirus vaccine have largely begun by going into health care facilities and nursing homes to reach front-line workers and the very old.

One Florida county tried something different: In a press release on Sunday, the Lee County Department of Health announced that it would be offering free COVID-19 vaccines on a first-come, first-serve basis at several sites beginning Monday. Anyone aged 65 or older would be eligible, along with health care workers who could show valid identification.

Although the shots were intended for Lee County residents, no one would be turned away if they fit either target group.

In response, hundreds of old people began lining up outside the first distribution site ― a parks and recreation center ― about two hours after the press release went up on Sunday, according to the Fort Myers-based News-Press. As temperatures dropped into the 40s, elderly Floridians camped out all night under blankets in portable lawn chairs for a chance at getting one of 300 Moderna vaccine doses.

On Monday, two hours before it was scheduled to start giving the shots, the Lee County Department of Health announced via Twitter that the distribution site had reached capacity for the day. A similar scene played out Tuesday across three sites, with the county announcing they had reached capacity before 7 a.m. ― even though the available doses per location had been increased from 300 to 400.

On Wednesday, the county announced it had reached capacity before 6:30 a.m., adding that more sites would be set up next week.

While waiting in line for Monday’s shots, Florida resident Mary Ravis, 69, told the News-Press that both she and her 72-year-old husband have preexisting health conditions that motivated them to get there early.

“Our lives have been on hold for the past 10 months,” Ravis told the newspaper.

All three vaccination sites are AT CAPACITY.

The county’s strategy has begun to spark controversy in a state that is home to about 4 million people aged 65 and older. Some have questioned the wisdom of handing out the first vaccine doses to people healthy enough to wait outside all night.

“Our governor has had 10 months to come up with a vaccination distribution plan, and what we saw (Monday) is what we get? Really?” one Florida resident wrote to the Naples Daily News, based in neighboring Collier County.

Debate over how the initial doses should be distributed led the U.S. Centers for Disease Control and Prevention to recommend a strategy that prioritizes front-line health care workers and people in long-term care facilities in the first phase, followed by other essential workers and anyone over age 75, for whom the virus is particularly deadly, in the second phase.

Florida Gov. Ron DeSantis (R) said explicitly last week that he planned to disregard the CDC guidelines somewhat, directing the vaccines chiefly toward those aged 65 and up after covering “the tip-of-the-spear health care workers.”

“We are not going to put young, healthy workers ahead of our elderly, vulnerable population,” the governor said on Dec. 22.

Like much of the country, Florida is facing a new wave of infections this holiday season after an earlier high-water mark in July. More than 1.2 million people are known to have contracted the virus in a state of around 21 million, and over 21,000 have died.

With some 2 million people having received a COVID-19 vaccine shot across the U.S. as of Monday, health experts are now starting to voice concerns that the process is moving too slowly.