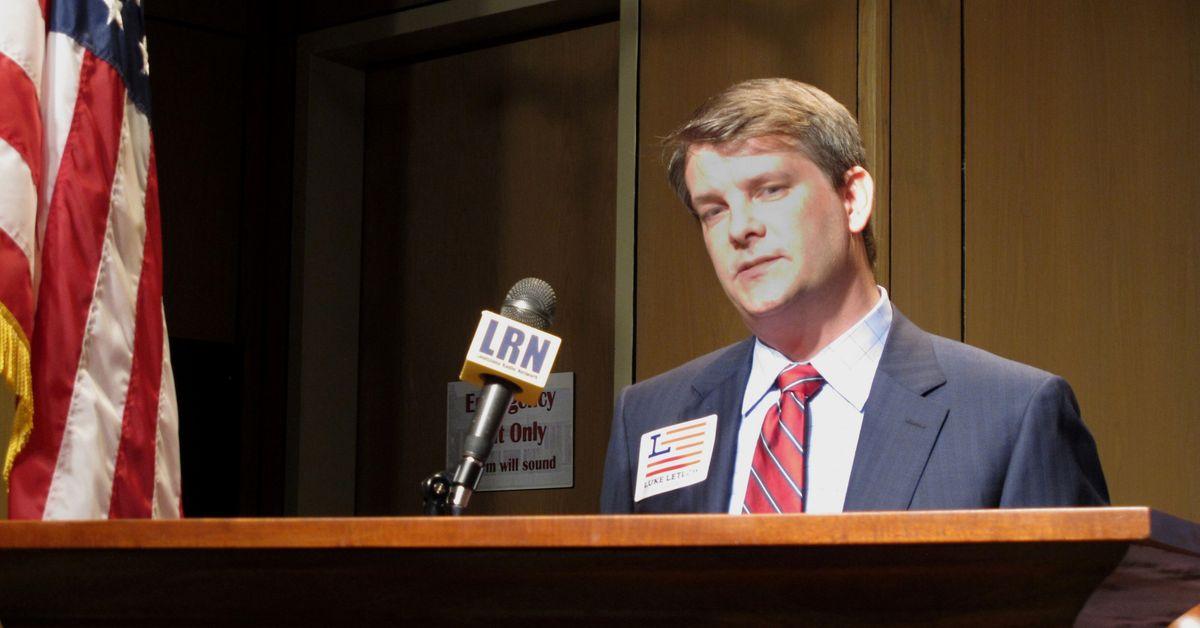 Representative-elect Luke Letlow, a Louisiana Republican, died on Tuesday from complications of Covid-19.

The 41-year-old father of two young children, Letlow became the first member of Congress or member-elect to die from the disease. His death has prompted messages of support for his family from both parties, with House Speaker Nancy Pelosi saying in a statement, “Congressman-elect Letlow was a ninth-generation Louisianan who fought passionately for his point of view and dedicated his life to public service.”

“As the House grieves Congressman-elect Letlow’s passing, our sorrow is compounded by the grief of so many other families who have also suffered lives cut short by this terrible virus,” Pelosi continued. “May it be a comfort to Luke’s wife Julia and their children Jeremiah and Jacqueline that so many mourn their loss and are praying for them at this sad time.”

Indeed, Letlow’s death comes as the virus reaches terrifying new heights, having claimed the lives of more than 300,000 Americans. And while he is the first federal elected official to die from Covid-19, many others have tested positive, including Louisiana Sen. Bill Cassidy and, of course, President Trump.

His death is a reminder that despite claims to the contrary, the disease can and does affect young and healthy people. It’s also a reminder that it is circulating widely pretty much everywhere in America — including at the highest levels of government.

Letlow’s death has federal and Louisiana officials in mourning

Letlow announced on December 18 that he had tested positive for the virus, according to Politico. He was hospitalized the following day, the New York Times reported.

According to a doctor at a Shreveport, Louisiana, hospital where he was treated, Letlow had no underlying conditions that would have predisposed him to serious complications from Covid-19. His death was “all Covid related,” the doctor said.

Asked if Letlow had any underlying conditions that would have made his death more likely, Dr. GE Ghali at LSU-Shreveport said “None. All covid related.” https://t.co/91R3wGuOEw

Letlow is survived by his wife, a 3-year-old son, and an 11-month-old daughter. “The family appreciates the numerous prayers and support over the past days but asks for privacy during this difficult and unexpected time,” a spokesperson said in a statement Tuesday.

Among those in Congress offering tributes was House Minority Leader Kevin McCarthy, who said in a statement that “our hearts break tonight as we process the news.”

“Luke had such a positive spirit, and a tremendously bright future ahead of him,” the Louisiana congressional delegation said in a joint statement. “He was looking forward to serving the people of Louisiana in Congress, and we were excited to welcome him to our delegation where he was ready to make an even greater impact on our state and our Nation.”

Letlow was set to become the youngest member of the Louisiana delegation, according to NOLA.com. Now, it will be up to Louisiana Gov. John Bel Edwards to hold a special election for his seat. The governor has not yet announced such an election, though he issued a statement mourning Letlow’s death on Tuesday.

“I am heartbroken that he will not be able to serve our people as a U.S. Representative, but I am even more devastated for his loving family,” the governor said, closing with a reminder of the ongoing crisis of which Letlow’s death forms a part: “Louisiana has lost more than 7,300 people to COVID-19 since March, and each one of them leaves a tremendous hole in our state.”