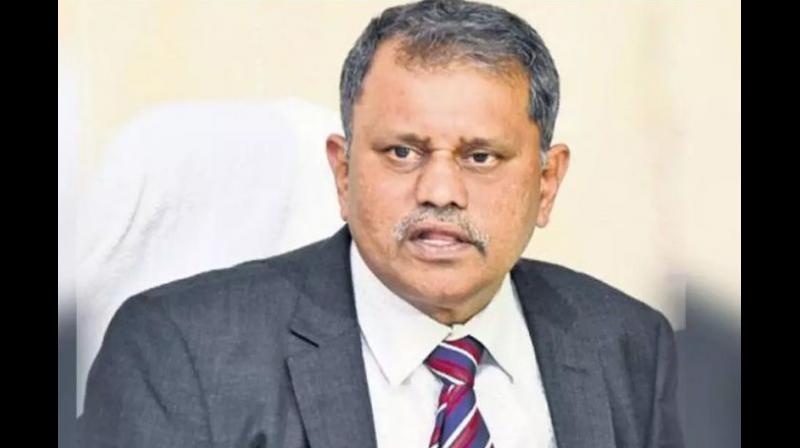 Vijayawada: AP State Election Commissioner N. Ramesh Kumar filed a contempt petition in the High Court on Friday, stating that it was not getting any support to conduct gram panchayat polls in February and asked it to direct the government to cooperate and provide assistance to conduct the polls.

The SEC filed the petition holding chief secretary Nilam Sawhney and panchayat raj principal secretary G.K.Dwivedi as respondents stating that the respondents had wilfully and deliberately violated the directions of the court to the state government to help the SEC to conduct gram panchayat polls in February.

In his petition, the SEC said that the respondents failed to provide a budget for conducting the polls even though proposals were sent to them to sanction an additional fund of Rs, 40 lakh. He said that the administrative sanction was accorded for release of funds and added that they had started preparatory process for rural local bodies polls, including panchayats and municipal bodies in consultation with the state government. He said that with the outbreak of Covid-19, the SEC had postponed the elections.

He said that the SEC had written a letter to the respondents on 04.08.2020 and a reminder for release of funds on 24.08.2020 as it was facing paucity of funds. The respondents failed to act on the urgent request for releases of funds. A representation was submitted to the Governor on 25.08.2020 seeking his intervention.

The SEC filed a petition stating that the respondents were not releasing funds. Accordingly, the court passed an interim order asking SEC to submit all details of requirement of cooperation with regard to financial and non-financial issues and asked the chief secretary to ensure that the respondents comply with the order.
The SEC requested the state government to take steps to comply with its requests, to facilitate publication of gram panchayat electoral rolls, to ascertain requirement of funds and to instruct collectors and SPS to be available for consultations for conducting the polls in February.

The SEC said that the act of the respondents in disobeying the orders passed by the High Court amounted to contempt and they were liable to be pressured for contempt of clear orders of the court. He asked the court to summon the respondents and punish them under Sections 10 and 12 of Contempt of Courts Act for wilfully violating the order dated 03.11.2020.