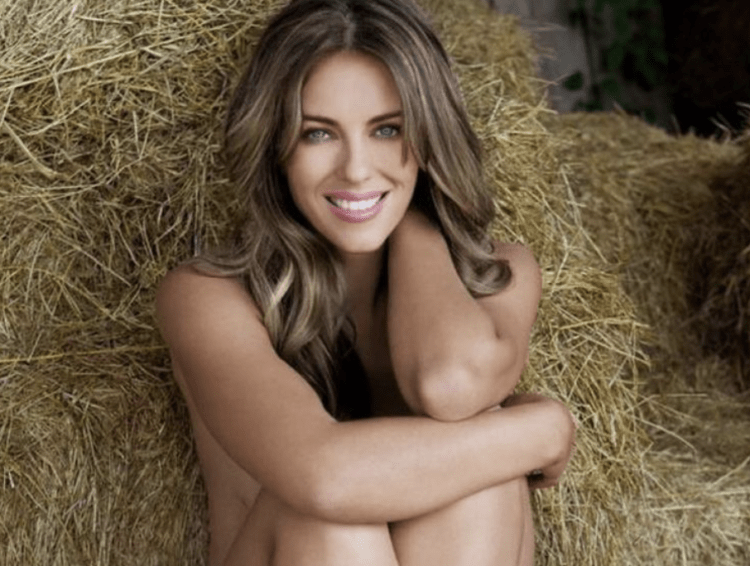 If you want to shut down rumors, you’ve really got to grab people’s attention. Case in point: Elizabeth Hurley, who has dropped a nude photo to set the record straight about reports she and son Damian are shooting their own reality show.

A story credited to British tabloid the Sun on Sunday claims the 55-year-old star and the 18-year-old actor and model have set their sights on reality TV fame, with an unnamed “insider” teasing said show as an “eye-opening gander” at their life in the English countryside.

“Although Liz is very glam, she’s also determined to show people how hardy she is,” the source claimed. “She’s great at DIY and she loves gardening.”

It’s perhaps fitting, then, that Hurley chose a haystack as her background for the racy shot she used to call out the “ridiculous” story. (The photo itself isn’t new, but rather a throwback shot by photographer Jonathan Bookallil.)

“Abzuuuurd stories in our illustrious press today,” Hurley wrote. “Hear it from the horse’s mouth, my son @damianhurley1 and I are most definitely NOT planning to shoot a ‘Waltons-style reality TV show’ at home. I mean!! Whoever the ‘friend’ (or bored journalist) is, who’s leaking these fictional tidbits, you are ridiculous.”

That’s not to say that a reality show featuring the Hurleys wouldn’t draw interest. Hurley, whose second career as a bikini designer has drummed up a fanbase all its own, has raised Damian, who will turn 19 on April 4, on her own following a paternity dispute with ex-boyfriend Steve Bing. Bing died by suicide last year, though Hurley shared that they had recently mended their relationship.

Damian reportedly also has six godfathers, including singer Elton John, actor Dennis Leary and Hurley’s longtime ex, Hugh Grant. He and his mother are known both for their lookalike appearance and close relationship.