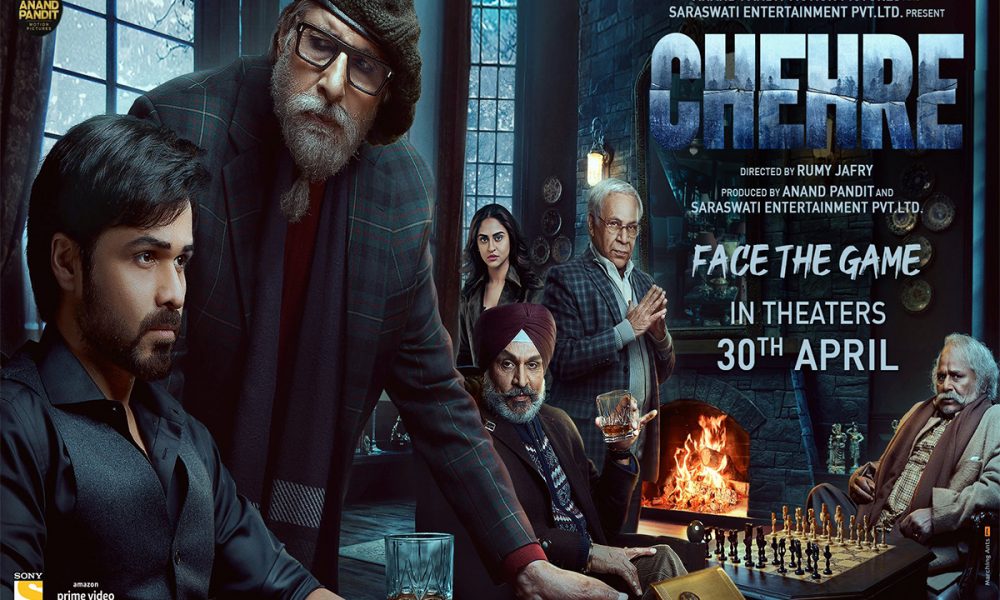 Legendary icon from the Bollywood industry Amitabh Bachchan is going to be seen soon with Emraan Hashmi in a new film ‘Chehre’. It was one of the films that got shot before the lockdown but was unable to release due to the ban on theatres and multiplexes. After a hiatus, the release date of Chehre just got confirmed.

Emraan Hashmi via his Twitter handle shared the poster of the movie with an eerie backdrop. His character is giving a sideways glance as Amitabh Bachchan looks at him suspiciously. He tweeted, “#Chehre se bada koi naqaab nahi hota!
Uncover the real #Chehre, the much-awaited mystery-thriller, in theatres on 30th April 2021.
#FaceTheGame ”

Emraan Hashmi will be essaying the role of a business tycoon while Amitabh Bachchan will play his lawyer. Other noted actors like Krystel D’Souza, Siddhant Kapoor, Annu Kapoor and Raghubir Yadav will also be seen in the film.

X
Drew Barrymore Opens Up About Spending A Year And A Half At A Really Strict Psyc…GossipsThe actress opened up about being institutionalized at the age of only 13 by her own mother. Check out what Drew Barrymore had to say about that time …
close