Emraan Hashmi shares video of his ‘incognito’ bike ride, gets praised by fans 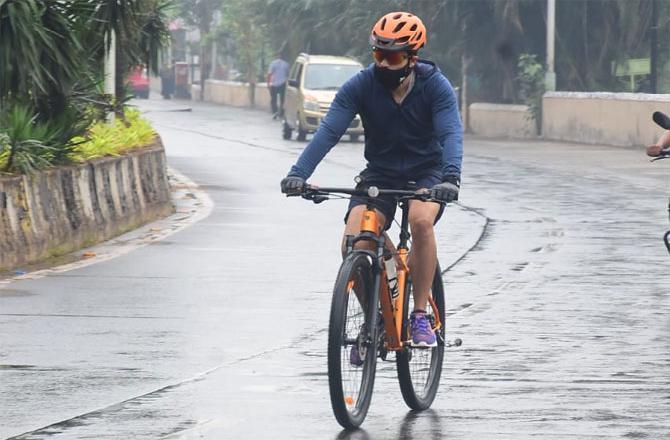 Bollywood actor Emraan Hashmi on Sunday garnered praises from his fans after he posted a video of himself cycling early morning. The ‘Raaz’ actor who is currently shooting for his upcoming film ‘Ezra,’ took to his social media handles to share a video clip of his ‘incognito’ bike ride.

The video that gained more than three lakh likes from the fans, sees the 41-year-old actor enjoying cycling amid the rainy weather wearing a blue coloured bomber jacket with his dashing UV protected sports sunglasses and orange coloured cycling helmet.

“Early morning incognito bike ride!! Bonus when it rains,” the actor wrote in the caption using a smiling face with sunglasses emoticon.

The ‘Jannat’ star is seen setting fitness goals through his earlier posts in which he has shared his chiselled physique pictures. Earlier, the actor also gave a sneak peek from his upcoming horror flick ‘Ezra’which also featured the director of his film too.

Apart from this film, Emraan has an interesting line-up of films in the pipeline including ‘Chehre’, which also features Amitabh Bachchan, ‘Mumbai Saga’ alongside John Abraham, ‘Vayusena’, in which he will step into the shoes of IAF officer KC Kuruvilla and a Netflix series titled ‘The Bard of Blood’.