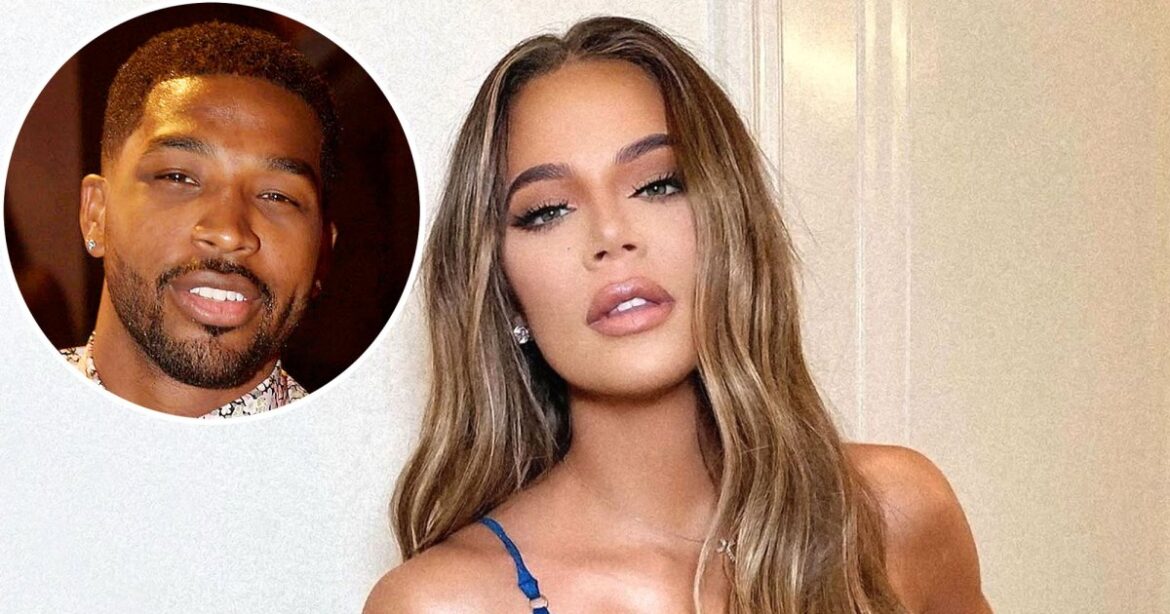 So icy! Khloé Kardashian once again fueled rumors that she is engaged to Tristan Thompson by wearing a massive diamond ring in a new photo flaunting her spring manicure.

Fans were immediately drawn to the dazzling sparkler in the snap she posted via Instagram on Thursday, April 1. “Alright yeah we get it Khlo, 💍,” one social media user commented amid speculation KoKo, 36, is ready to get hitched.

However, it doesn’t appear that anything has changed in Khloé and Tristan’s relationship because she is wearing the very same promise ring that Tristan, 30, “surprised” her with just before Christmas.

“It’s more of a promise ring than anything else, and she absolutely loves it!” an insider exclusively told Life & Style over the holidays. “He gave it to her while she was in Boston.”

Back in December, the Keeping Up With the Kardashians star caused a fan frenzy when she wore the ring while out and about with Tristan and daughter True in Massachusetts.

The Good American founder and power forward have seemingly turned a new page in their relationship after getting back together over the summer. KoKo continues to show her man support following news that Tristan reached an agreement with the Boston Celtics on a two-year, $19 million contract in November.

Khloé was last spotted with Tristan in the city on December 16, just days after the center dined with a mystery woman reported to be his realtor. “It definitely was not romantic with the woman he was with,” an eyewitness exclusively told In Touch following his meal at Zuma restaurant inside a Four Seasons Hotel. “They were just having a regular dinner. We sat [at] the next table.”

The Revenge Body host previously opened up about their dynamic on KUWTK, revealing Tristan made it clear he still had feelings for her in the wake of his cheating scandal with Kylie Jenner’s ex-BFF Jordyn Woods in February 2019. At the time of filming, Khloé was taking it slow and seeing where things went with the former Cleveland Cavaliers player.

An insider told In Touch that she ultimately took Tristan back because he “promised her he’s a changed man” amid news they were a couple again in July.

A month before, he gushed over the Dollhouse author in a birthday tribute and let his feelings be known. “I’m wise enough now to know, you came into my life to show me just what it means to be an incredible person,” Tristan wrote. “I appreciate how I am able to learn from and grow because of you. I thank God for the beautiful and loving woman you are to everyone, especially our daughter, True. You deserve the world KoKo! True and I love you, mama. Happy birthday.”

Could they be headed down the aisle? Maybe one day!