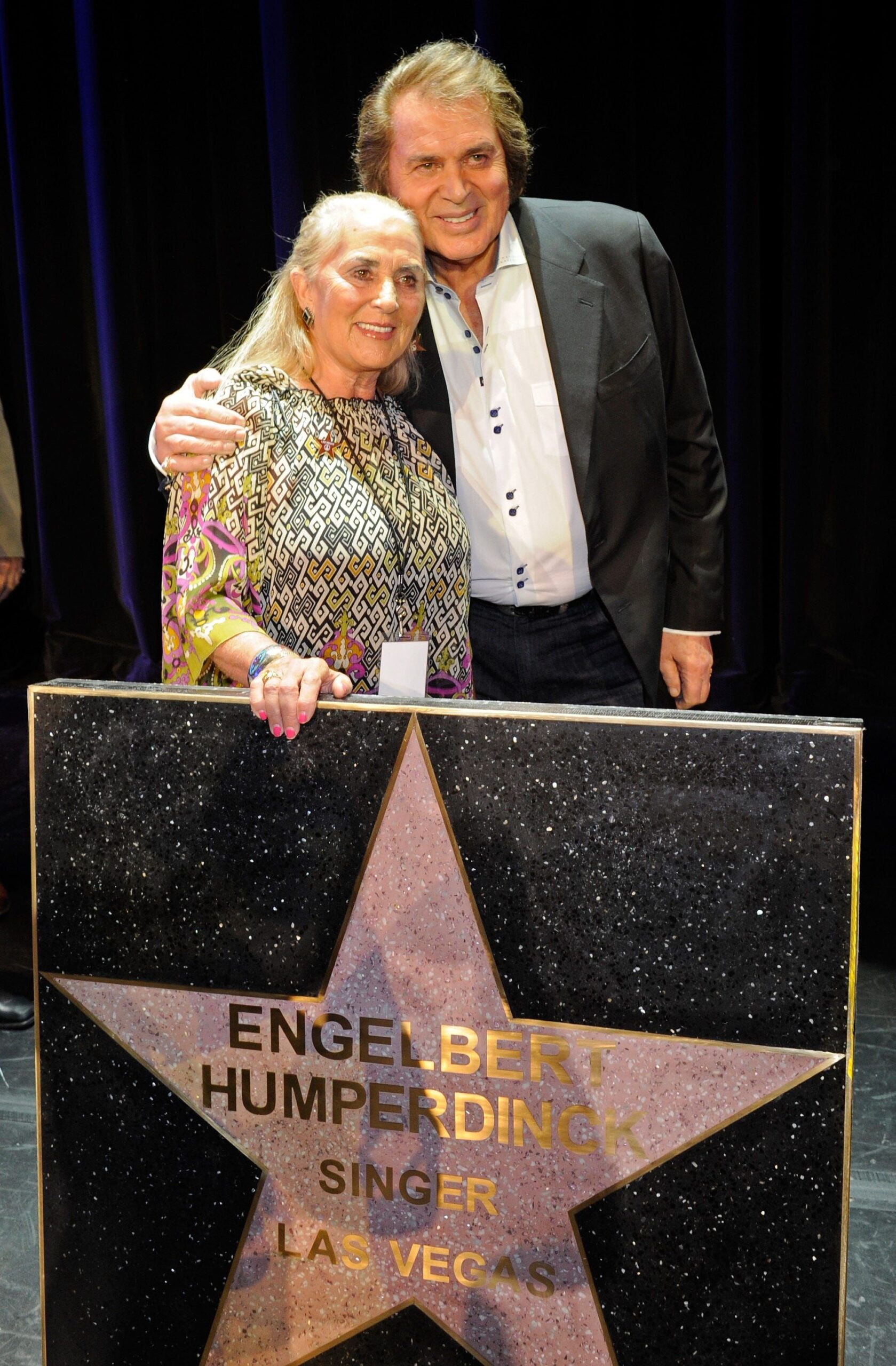 Singer Engelbert Humperdinck is mourning his wife of 56 years, Patricia Healey, who died Thursday at age 85 after contracting COVID-19.

Humperdinck, 84, announced in a social media post shared Friday that his family was “heartbroken over the loss of my darling wife,” who died the night before, “surrounded by our children, Louise, Jason, Brad, with Scott on FaceTime.”

“Her earthly limitations no longer hold her down as she is freely running the glorious gardens of Heaven, reunited with so many loved ones,” Humperdinck wrote. “We prayed as a family, blessed her with the water from Lourdes and off she went … ushered into the arms of Jesus with help from the generous heart filled prayers from all around the world.”

Healey, a British-born actress, had been suffering from Alzheimer’s disease for more than a decade, Humperdinck revealed in 2019. He shared Jan. 26 that he, Healey, their son Jason and two of their caregivers had tested positive for the novel coronavirus.

“Her longtime caregivers lovingly helped make her transition easier on us all,” Humperdinck wrote, adding his wife’s “battle with Alzheimer’s was brave from the very beginning. She never resisted as we tried to leave no stone unturned.”

He concluded: “We love you beyond words, forever and always. It is slipping now into the minutes of a full day without you. Goodnight my baby.”

‘We are heartbroken’: Larry King, CNN talk show legend, dies at 87 after being hospitalized with COVID-19

In a 2019 interview with The Arizona Republic, part of the USA TODAY NETWORK, Humperdinck noted that his wife’s illness was the reason fans might have noticed him getting teary-eyed on stage.

“It does strike home for me several times during my show,” he said. “People didn’t know before, but I guess they do now. Now they may get an inkling of what is going on with my heart.”

He added at the time: “She’s doing OK. She still knows me, thank God. She recognizes me and she smiles and she says hello sometimes. Her speech is not very good at this moment, but with treatment and hopefully the discovery of a cure in the near future, I hope and pray that all is well.”

Rarely sharing his private life with the public, Humperdinck chose to speak out about his wife’s condition for one reason: “It’s a terrible disease,” he said. “It’s very rife at this point, and we have to do something about it. I thought it was important to let people know.”