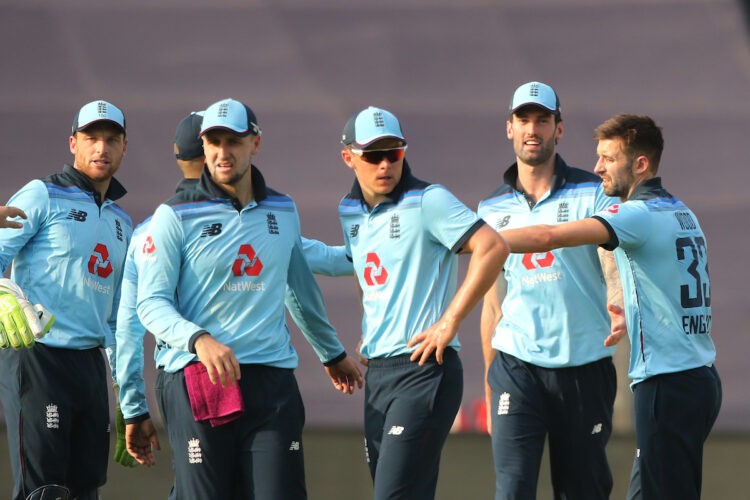 England national cricket team retained their no.1 spot in the latest ICC ODI team rankings, despite losing the three-match ODI series to India 1-2. England had won the second ODI of the series after losing the first match and then lost the third match in a closely fought affair.

India had won the first ODI thanks to its two debutants Krunal Pandya and Prasidh Krishna, who performed exceedingly well. Krunal made the fastest fifty on ODI debut in just 26 balls, while Prasidh became the first Indian bowler to take 4 wickets in his first ODI match.

India made 317/5 in the first ODI with Shikhar Dhawan top-scoring with 98 runs and restricted England to 251 with Jonny Bairstow making 94.

England then won the second ODI in dominating fashion, as they made short work of a 337-run chase. Ben Stokes slammed 10 sixes in his 99, while Jonny Bairstow slammed 7 sixes in his 124. For India, KL Rahul had made 108, while Rishabh Pant slammed 77 runs. But Indian spinner Krunal Pandya (72 runs in 6 overs) and Kuldeep Yadav (84 runs in 10 overs) proved to be their undoing, as England won with over 6 overs in hand.

Despite losing the three-match ODI series 1-2, England managed to hold on to their no.1 ODI team spot, thanks to their solitary win in the second ODI. England lost the third ODI by 7 runs, as Sam Curran’s 95* almost took them past the 329-run mark made by India.

For India, Shikhar Dhawan (67), Rishabh Pant (78), and Hardik Pandya (64) made half-centuries. Shardul Thakur picked 4/67, while Bhuvneshwar Kumar took 3/42, as Indian bowlers held their nerves to deny England and Sam Curran an unlikely win in the match and the series as well.

India’s series win helped them narrow the gap in points while still remaining at no.2 spot with 119 points to their name. England is no.1 with 121 points. New Zealand after white-washing Bangladesh in the ODI series is just one point away from joining India at the no.2 spot in the ICC ODI team rankings.

Below is the latest ICC ODI Team Rankings: