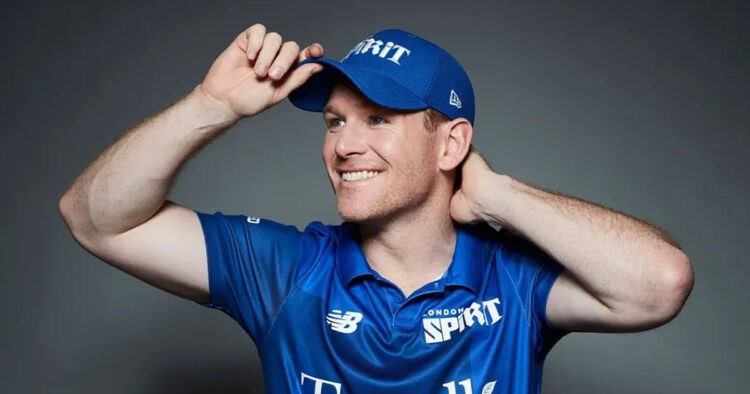 Kolkata Knight Riders skipper Eoin Morgan is amongst several England players who will play in the upcoming edition of the IPL. he will be leading the two-time IPL champions in the 2021 edition. Morgan was handed over the captaincy of the franchise last season, halfway through the tournament. It was a simple transition as Dinesh Karthik was happy to take the backseat and play as a specialist wicketkeeper-batsman.

Meanwhile, ahead of yet another IPL season, England skipper Eoin Morgan has made a big statement. Seeing his England teammates go under the pump for choosing IPL over international commitments, he said that he knows many Indian players who want to be a part of ‘The Hundred’ which is cricket’s newest format and a brainchild of the England & Wales cricket board. It is a franchise-based 100-ball cricket event that was supposed to start last year in England.

I Know Indian Cricket Who Wants To Play In The Hundred: Eoin Morgan

“Just having conversations out here about ‘The Hundred’, I know that there are Indian cricketers out here who would love to play in The Hundred and other competitions around the world,” Morgan told Sky Sports during an interaction but did not take any names.

Eoin Morgan further said the ICC is not doing enough to accommodate the countries which are losing players to private leagues.

“It is definitely an area of concern and one that needs improvement going forward because you play against countries and some aren’t able to play their best XIs because they are competing against big leagues around the world,” Morgan told former England skipper Nasser Hussain during the chat.

He further cautioned the ICC to concentrate on the minute details of Test and ODI cricket which he feels will be overtaken by franchise cricket very soon. The likes of India, Australia, West Indies, Bangladesh, South Africa all their own domestic T20 competitions.

“Whoever is in charge needs to think about what that looks like in 10 years’ time because if they don’t manage it, franchise leagues around the world will become more dominant” concluded Morgan.