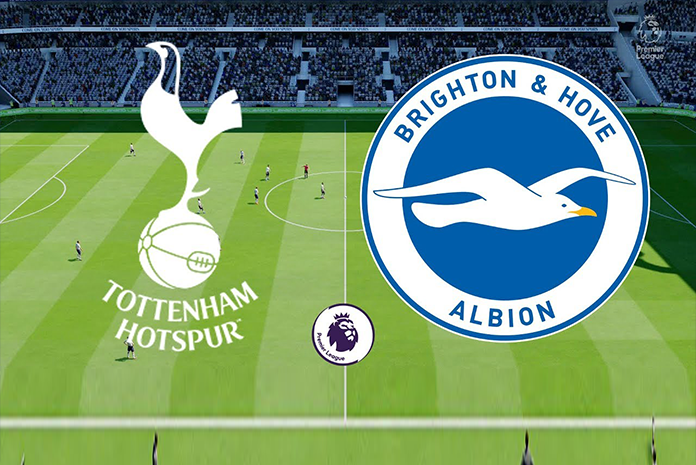 EPL Live: Brighton vs Tottenham Prediction, team news, Lineups, Head to head & Live Streaming: Tottenham Hotspur will be looking to return to winning ways in the Premier League when they travel to the Amex on Sunday evening to take on Brighton & Hove Albion.

Spurs suffered a 3-1 defeat at home to champions Liverpool on Thursday night, while Brighton will enter this weekend’s contest off the back of a goalless draw with fellow strugglers Fulham.

#When and where to watch Brighton VS Tottenham

Where is Brighton vs Tottenham going to be played? Amex Stadium, Falmer, England

Brighton vs Tottenham Head to head: Tottenham have won 6 times in the league and Brighton once. 1 match has been drawn.

Brighton will again be without the services of Jose Izquierdo, Florin Andone, Tariq Lamptey, Danny Welbeck and Alireza Jahanbakhsh this weekend through injury, while Jason Steele is a doubt.

The Seagulls did not pick up any fresh issues against Fulham, though, and there is a chance that Potter could decide to select the same XI that took to the field against Scott Parker‘s side.

As for Tottenham, Kane will miss out with the ankle issues that he picked up against Liverpool, while Giovani Lo Celso and Sergio Reguilon have also been ruled out through injury.

Dele Alli is still struggling with a tendon problem.

Brighton have been playing well, but haven’t been converting that into wins. Expect more of the same as Jose Mourinho counter attack could be the key.

Back to Top
Close Add post
X
Former Cricketers Sympathise With Domestic Players But Agree Holding Ranji Trophy Wasn’t Feasi…SportsThe COVID-19 pandemic has done what even the Second World War could not: bring to a halt the Ranji Trophy's 87-year-old non-stop journey. And eminent …

X
“Stop being a baby” – Top RAW Superstar fires shots at Goldber…SportsGoldberg will wrestle Drew McIntyre for the WWE Championship tonight at the Royal Rumble. Matt Riddle recently took to Twitter to call out the former …
close