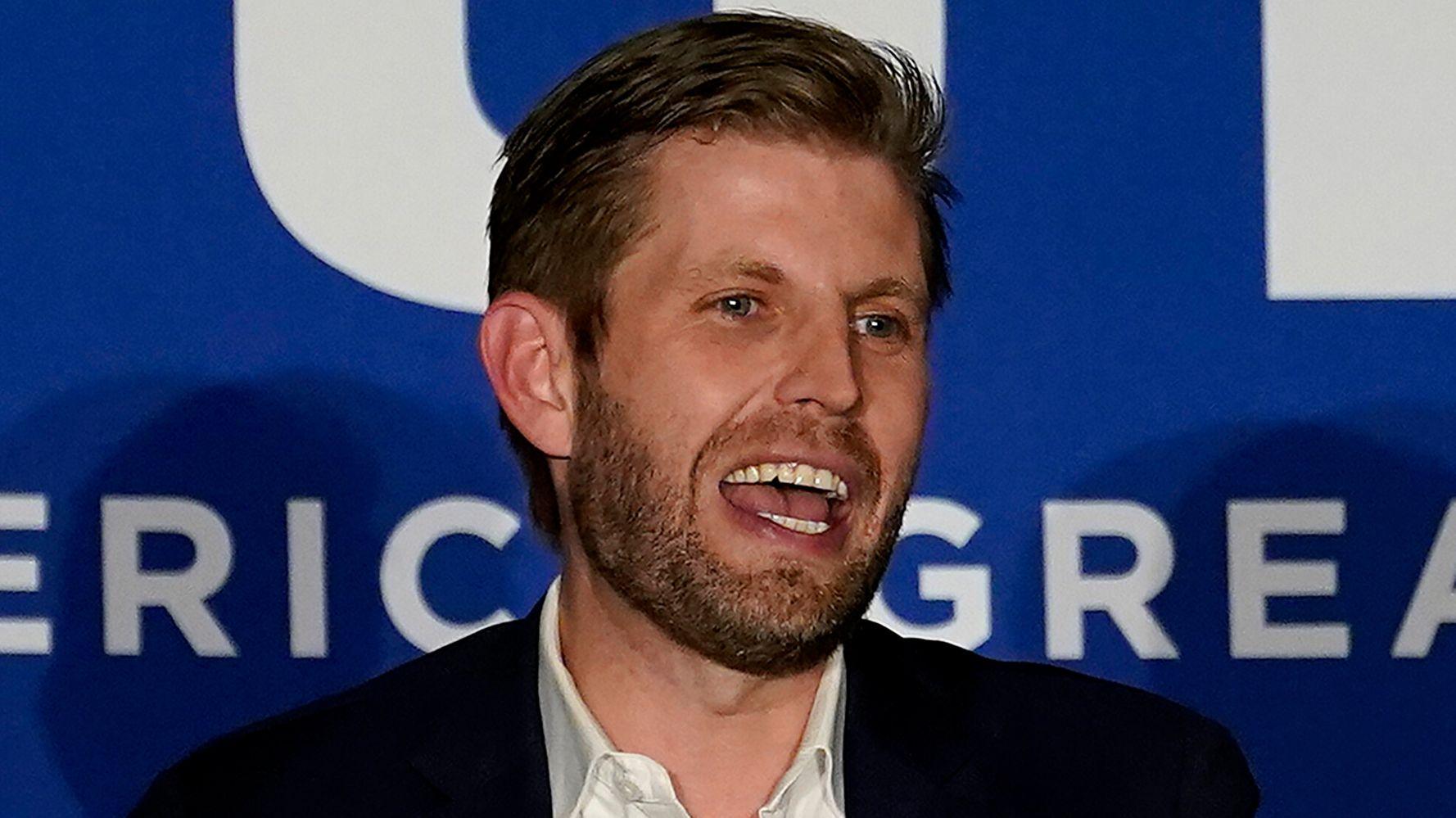 And, once again, the vast majority of Twitter users weren’t buying it.

On Saturday morning, President Donald Trump’s second-eldest son continued with his efforts to cast doubt on the 2020 election results with this post:

Does anyone believe that Biden got 15 million more votes than Obama in 2012? This from a candidate who would go days/weeks while hardly campaigning.

“Does anyone believe that Biden got 15 million more votes than Obama in 2012?” he asked. “This from a candidate who would go days/weeks while hardly campaigning.”

It’s at least the second time that Eric Trump has tried this line of attack on Biden. Just three days after the election — which the president still refuses to concede — Eric Trump suggested there was something suspicious about Biden receiving more votes in 2020 than former President Barack Obama got in his 2008 landslide victory.

Since the election, he has also shared fake footage of someone burning ballots; posted a questionable graphic hinting his father would ultimately win; and warned that Rudy Giuliani, his father’s personal attorney, would take down the “dirtbags” who he baselessly alleged are trying to rig the outcome.

Each and every one of Eric Trump’s previous attempts to spread disinformation have backfired.

This one was no different:

Of course! If you were on this side of the aisle you’d understand. Your father ‘s complete ineptitude at handling his job is the reason ppl came out in droves. We had to make sure we put an end to 4 more years. Pandemic, unemployment, deficit, just a few examples of his failure https://t.co/zb3T7muXty

Yes. Have you met your dad?

Yes, because many of them were not a vote for Biden, but a vote against Trump https://t.co/EuCEYcrV4e

Yes and quite frankly I’m shocked it wasn’t more.

It’s almost as if his opponent was so horrible that millions of people were motivated to vote just to get rid of him.

Yes. Any claims made by Trump or the campaign have been baseless. 80M+ Americans want your dad out.