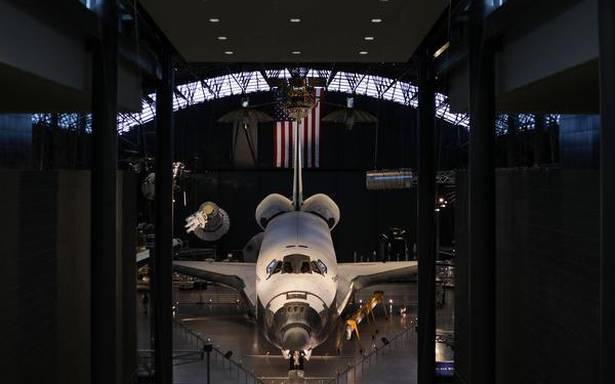 In Christopher Nolan’s Interstellar, children in schools are taught that the Apollo moon landing was staged to bankrupt the Soviets. This is to prevent children from pursuing space science, which is considered excess in the movie’s post-truth, blight-ravaged world. Bethany Downer is the antithesis of the school teachers in Interstellar. As the European Space Agency’s (ESA) public information officer, she simplifies space science and technology to the general public.

Bethany did not have a brainwave that steered her interests in space. She says she was always fascinated by it. Her parents’ engineering and science backgrounds must have been an influence. Interaction with the famous Canadian astronaut Chris Hadfield also encouraged her pursuit.

After a master of science degree in space studies from the International Space University in Strasbourg, Bethany was selected as a scientist-astronaut to attend the training with Project PoSSUM, a suborbital research program, in Florida.

“Hopefully I can [be an astronaut] one day!” says Bethany via email. “I’m working hard to lay the groundwork to undertake a suborbital commercial spaceflight sometime in the next several years.”

In her role as a public information officer for the Hubble Space Telescope for the European Space Agency, she manages public outreach and press for the Telescope on its European page, spacetelescope.org. She works closely with NASA and the Space Telescope Science Institute to highlight European contributions to the Hubble mission.

It has been 30 years since the Hubble telescope was launched. The BBC film, Hubble: The Wonders Of Space Revealed, tells the story of how it revealed the awe and wonder of our universe. “Hubble has contributed significantly to science and astronomy,” says Bethany, “The telescope itself is also a feat of engineering that has allowed for applications on subsequent astronomy projects. Because of this mission, we now have a much deeper understanding of the universe we live in.”

The COVID-19 pandemic impacted astronomy like it did most other fields. The launch of NASA’s successor to Hubble, the James Webb Space Telescope, faces seven more months of delay. But Hubble continued its operations throughout the pandemic, says Bethany.

Space and astronomy have been topics of public interest since the days of the Space Race. Space tourism and Mars missions are the latest buzzwords. Of the former, she says, “I dream that in the future, anyone who wants to go to space can do so. I think space tourism is an important step of opening the door to space travel to more people, but it will take a few more years for this to be a regular activity.”

For now, however, Bethany’s focused on her mission — to simplify and spark interest in space science. “Space technology is an essential component of our daily lives, and space science teaches us of our universe. I want to inspire young women and girls to pursue various STEM careers and opportunities and to share personal experiences of my journey thus far.”

It is not surprising that one of her favourite space films is Theodore Melfi’s Hidden Figures. “It has spread awareness of the pioneering work of women at NASA many years ago. This film has inspired many young girls around the world to pursue careers in aerospace.” She also likes fictional ones. “I loved The Martian for its storytelling, soundtrack, and humour. I think space movies like this or Star Wars are a fun way to dream and wonder about what the future could hold.”