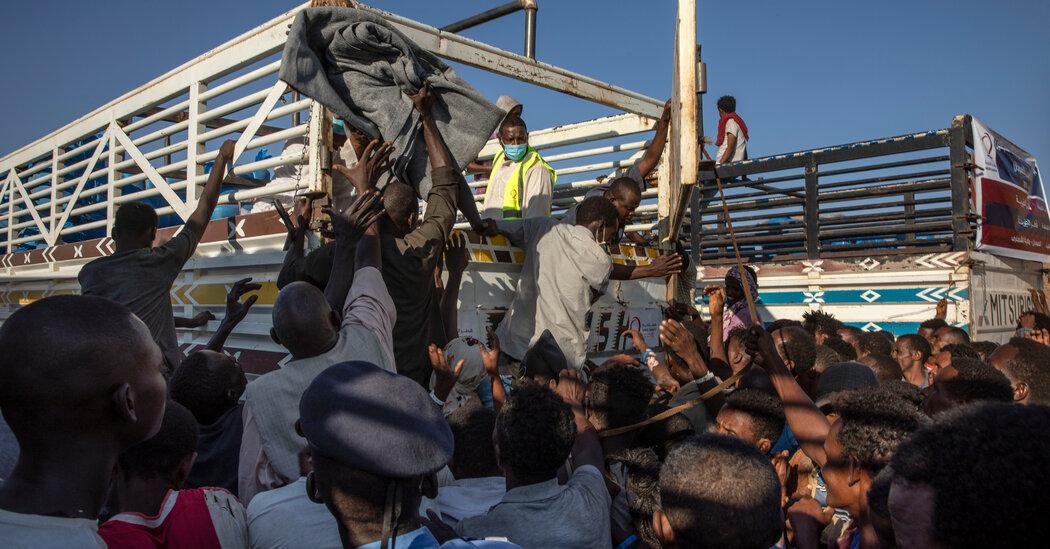 NAIROBI, Kenya — Prime Minister Abiy Ahmed of Ethiopia said on Thursday that he had ordered a final military offensive into the capital of the northern region of Tigray, a major escalation of a weekslong conflict that rights organizations worry will lead to large civilian casualties.

The move came after Mr. Abiy pointed to the expiration of a 72-hour ultimatum for the dissident leaders of the Tigray People’s Liberation Front, the governing party in the region, to surrender.

“The last peaceful gate which had remained for the T.P.L.F. clique to walk through have now been firmly closed,” he said in a statement on Twitter.

The conflict threatens to destabilize not just Ethiopia, but the entire Horn of Africa region. Hundreds of people have been reported dead in the fighting, and 40,000 refugees have crossed into neighboring Sudan, according to the United Nations. With communications down and access to the region blocked, the U.N. has also warned of fuel and food shortages in Tigray, affecting not just locals, but also tens of thousands of refugees from Eritrea who live in the region.

The fighting has drawn concern from all across the world, even eliciting warnings of potential ethnic cleansing and genocide from the United Nations. Jake Sullivan, who is expected to be President-elect Joseph R. Biden Jr.’s nominee for national security adviser, said on Twitter that he was “deeply concerned about the risk of violence against civilians” and called on both parties to engage in an African Union-mediated dialogue.

But Mr. Abiy, who was awarded the 2019 Nobel Peace Prize in part for mediating conflicts in the Horn of Africa, has shunned diplomacy, saying that Ethiopia is “capable and willing to resolve this situation in accordance with its laws and its international obligations.”

The push that he announced on Thursday is a turning point in a military operation that began early this month after Mr. Abiy accused the Tigray region’s leaders of assaulting a government defense post and trying to steal artillery and military equipment.

The national government and the powerful regional administration in Tigray have been at loggerheads since 2018, when Mr. Abiy rose to power and their decades-long political and economic clout diminished.

Even though the Tigray make up only an estimated 6 percent of the country’s population of more than 110 million people, they remained at the center of power and money after a military regime was overthrown in 1991. In September, the Tigray region held its own elections even though the national authorities had postponed the vote because of the coronavirus pandemic.

Addressing the dangers to civilians caught up in the fighting, Mr. Abiy said on Thursday that his government would partner with humanitarian organizations to distribute food, medicine and water to areas under its control in the Tigray region. He also said the authorities would establish four camps to receive those fleeing the conflict.

Before the onslaught into the regional capital, Mekelle, which is home to 500,000 people, Mr. Abiy said that thousands of Tigray Special Forces and militia members had surrendered. He urged the city’s residents to “disarm,” “stay home” and assist in arresting the region’s rebellious leaders.

Mr. Abiy also said that the military would take measures to protect civilians and ensure that “heritage sites, places of worship, public facilities, development institutions and residential areas” not be targeted during the assault.

The onslaught has worried local and international rights organizations who say the escalation will put many civilian lives at risk. The United Nations Children’s Fund said it was concerned for the safety not only of children in Mekelle, who constitute half of the city’s residents, but also of hundreds of humanitarian workers.

Laetitia Bader, the Horn of Africa director at Human Rights Watch, cited concerns over reports that the T.P.L.F. had positioned its troops in civilian-populated areas. She also said in a statement that the army’s warnings to inhabitants of Mekelle “do not absolve” the authorities from their responsibility to protect civilians.