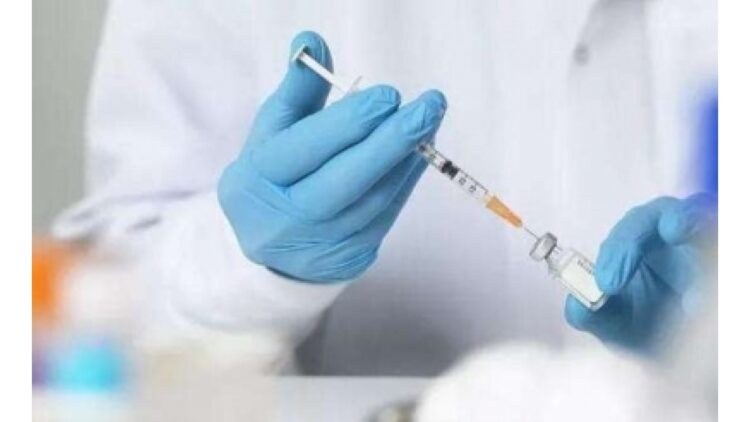 Figures published by the European Centre for Disease Prevention and Control (ECDC) show that no country in the EU achieved this goal, DPA news agency reported.

Only 56.7 per cent of over 80-year-olds and just over 60 per cent of health care workers had received a first vaccine shot on EU average, according to figures updated on Wednesday.

And the number is even lower for those who were fully vaccinated: Only 27.4 per cent of over 80s and 47 per cent of health care workers received their second jab.

The EU is racing to ramp up its sluggish vaccination campaign to save potentially thousand of lives. Older people are generally at a higher risk of dying from Covid-19, while health care workers are more exposed to contracting the virus because of their profession.

Despite an EU-wide effort to distribute jabs evenly across the bloc, vaccination rates vary widely.

In Bulgaria, for example, the rate of over 80-year-olds who received a first jab was reported at a mere 5.1 per cent.

Much of this gap can be explained by the member states prioritizing different groups in the vaccination programmes.

Bulgaria, for example, does not prioritize inhabitants who are older than 80 years of age; only 0.7 per cent of this group had received their full vaccination in that country.

The majority of member states, however, did not provide the vaccination rate for health care staff, making an overall assessment difficult.

Germany is one of the countries that does not report its data to the ECDC. A spokesperson for the Robert Koch Institute (RKI) for disease control said a national vaccination rate could not be provided as only nine out of the 16 German states had reported them.

Aside from different vaccine strategies, several countries have complained about not having sufficient doses available for their population.

The commission on Tuesday, however, seemed to blame the individual governments for not having achieved the goals it set. “A sufficient quantity has been delivered” to cover these target groups, commission spokesperson Dana Spinant told reporters on Tuesday.

By the end of the week, 107 million vaccine doses will have been delivered to the EU, Spinant said on Wednesday.

Pharmaceutical company AstraZeneca, which has been been at the centre of a dispute with the EU, will also have delivered nearly 30 million doses, corresponding to an earlier revised delivery promise, Spinant said.

The EU had exported 68.3 million doses to 41 countries since January 30, according to the commission. Of the 491 export permits that had been requested, 483 had been granted, the spokesperson said, with seven of them being under review and one rejected.

The commission introduced stricter export rules earlier this month in response to what it claimed unfair practices from companies and countries around the world: While it exported millions of doses to some countries, some did not send any back, the commission says.