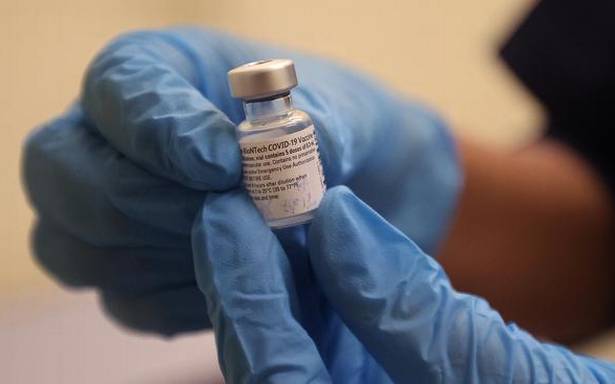 ‘It will be the first regular approval of a (COVID-19) vaccine in the world,’ says German Health Minister Jens Spahn

The European Medicines Agency (EMA) is set to approve its first COVID-19 vaccine on December 23, a German government source told Reuters on Tuesday, putting EU countries on track to start to catch up with the United States and Britain, where immunisation campaigns are under way.

“Yes, the EMA will be done on December 23,” the source said, referring to the watchdog’s review of a vaccine developed by U.S. company Pfizer and its German partner BioNTech .

German Health Minister Jens Spahn told a news conference that he hoped European Union approval for the vaccine would be in place before Christmas, clearing a path for innoculations before the end of the year.

“It is good news that the approval can be granted on December 23,” Jens Spahn said at a news conference when asked about the reported date.

The goal was still to have a regular approval, not an emergency approval.

“It will be the first regular approval of a (COVID-19) vaccine in the world,” Mr. Spahn added.

An EMA official said they were discussing possible dates before Christmas for a decision on the Pfizer/BioNTech vaccine.

Britain was the first to approve the shot for emergency use on Dec. 3, followed by Canada on Dec. 9 and the U.S. Food and Drug Administration (FDA) on Dec. 11.

EMA said in early December it planned to issue its view on the BioNTech/Pfizer vaccine by Dec 29, and on another candidate developed by Moderna by Jan. 12.

EMA’s mandate is to issue recommendations on new medical treatments. The European Commission has the final say on approval and typically follows EMA’s advice.