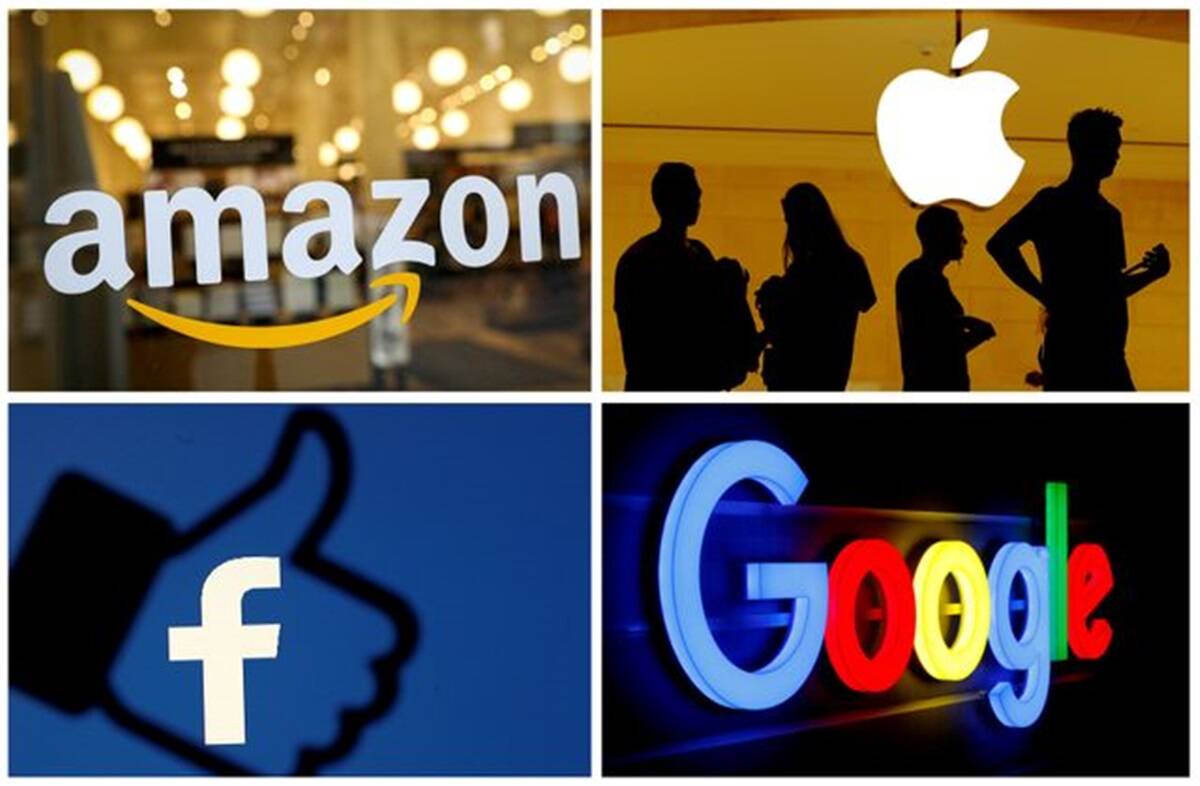 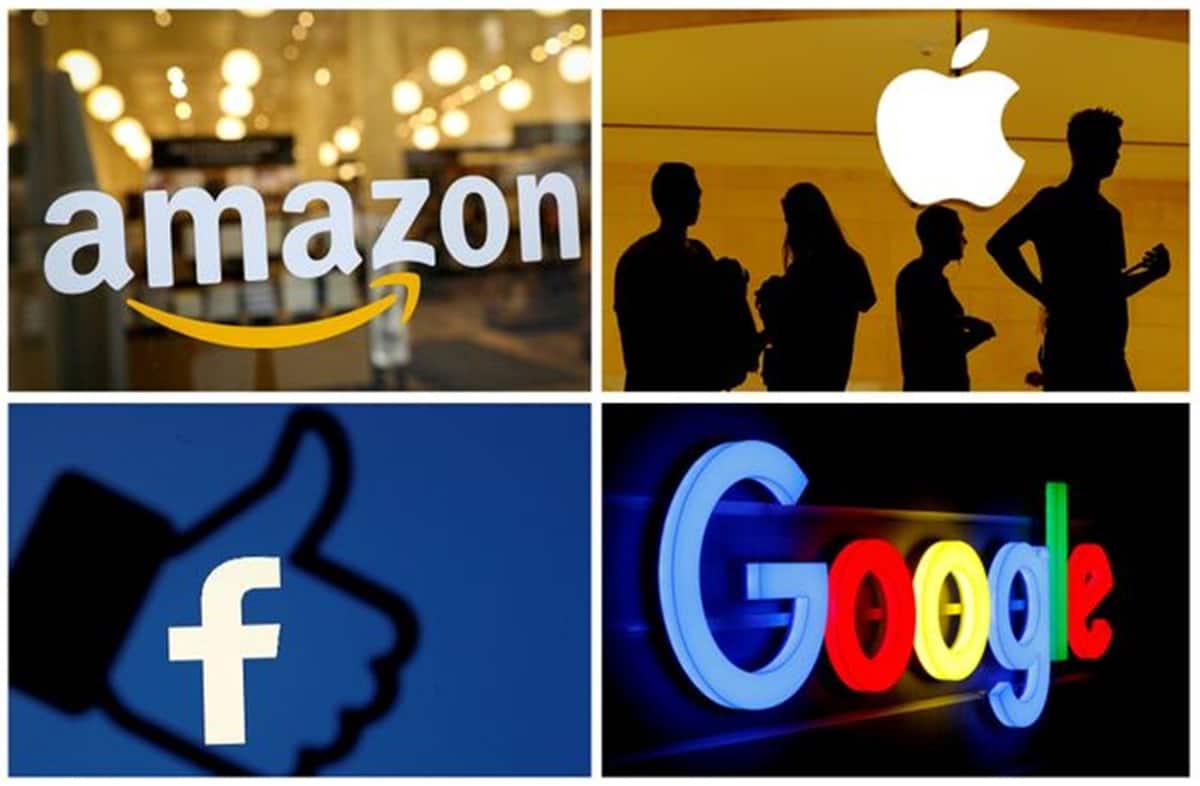 The logos of Amazon, Apple, Facebook and Google. (Reuters/File)

The European Union unveiled landmark legislation on Tuesday that lays out strict rules for tech giants to do business in the bloc.

The draft legislation, dubbed the Digital Services Act (DSA) and the Digital Markets Act (DMA), outlines specific regulations that seek to limit the power of global internet firms on the European market.

Companies including Google, Apple, Amazon, Facebook and others could face hefty penalties for violating the rules.

EU antitrust czar Margrethe Vestager and EU digital chief Thierry Breton presented the draft on Tuesday, after the content of the new rules was leaked to the media on Monday.

What’s in the draft laws?

The dual legislation sets out a list of do’s, don’ts and penalties for internet giants:

EU competition chief Margrethe Vestager said that the bloc’s new rules seek to bring “order to chaos” and update the bloc’s previous digital rules to address — and rein in — the power of tech giants that dominate the market.

“The Digital Service Act and Digital Markets Act will create safe and trustworthy services while protecting freedom of expression,” she said at a press conference in Brussels.

It is one world. So #DigitalServiceAct & #DigitalMarketsAct will create safe & trustworthy services while protecting freedom of expression. Give new do’s & don’t to gatekeepers of the digital part of our world – to ensure fair use of data, interoperability & no self-preferences.

“The two proposals serve one purpose: To make sure that we as users, as customers and businesses have access to a wide choice of services online just as we do in the physical world,” she said, adding that “what is illegal offline is equally illegal online.”

Vestager compared the landmark legislation to the invention of the traffic light, which “brought order in the streets.”

“That was invented as a response to a major technological disruption: the invention of the car.”

Following the announcement on Tuesday, US internet giant Google criticized the draft legislation, saying it appeared to target specific firms.

“We will carefully study the proposals made by the European Commission over the next few days. However, we are concerned that they seem to specifically target a handful of companies,” said Karan Bhatia, the vice president of government affairs and public affairs at Google.

Facebook appeared to offer a more conciliatory tone, saying the legislation was “on the right track.”

“We also support rules that help foster innovation, enable competition and protect consumer welfare and we acknowledge that these rules must apply to us,” a Facebook spokesperson said. The social media giant did, however, take aim at Apple — saying it hopes the new legislation will also “set boundaries” for the tech giant.

European and US regulators have grown increasingly concerned over the business and user data practices of tech giants — particularly firms buying other companies in a bid to eliminate potential rivals.

Facebook and other firms have warned that more regulation could prompt the company to move away from Europe, which could cost jobs and block access to its site for EU users.

Last week, the US Federal Trade Commission (FTC) and 48 states filed antitrust lawsuits against Facebook. The FTC also filed a separate lawsuit to force Facebook to sell off Instagram and WhatsApp.

In November, the EU charged Amazon with breaking its competition law.

The main goal of the legislation is to update the bloc’s outdated legislation from 2004 — bringing it up-to-date with the new realities of the digital age.

The draft still faces a long ratification process, including feedback from the EU’s 27 member states and the European Parliament. Company lobbyists and trade associations will also influence the final law.

The process is expected to take several months or even a year.