Euro zone contracts by 6.8% in 2020 on coronavirus restrictions shock 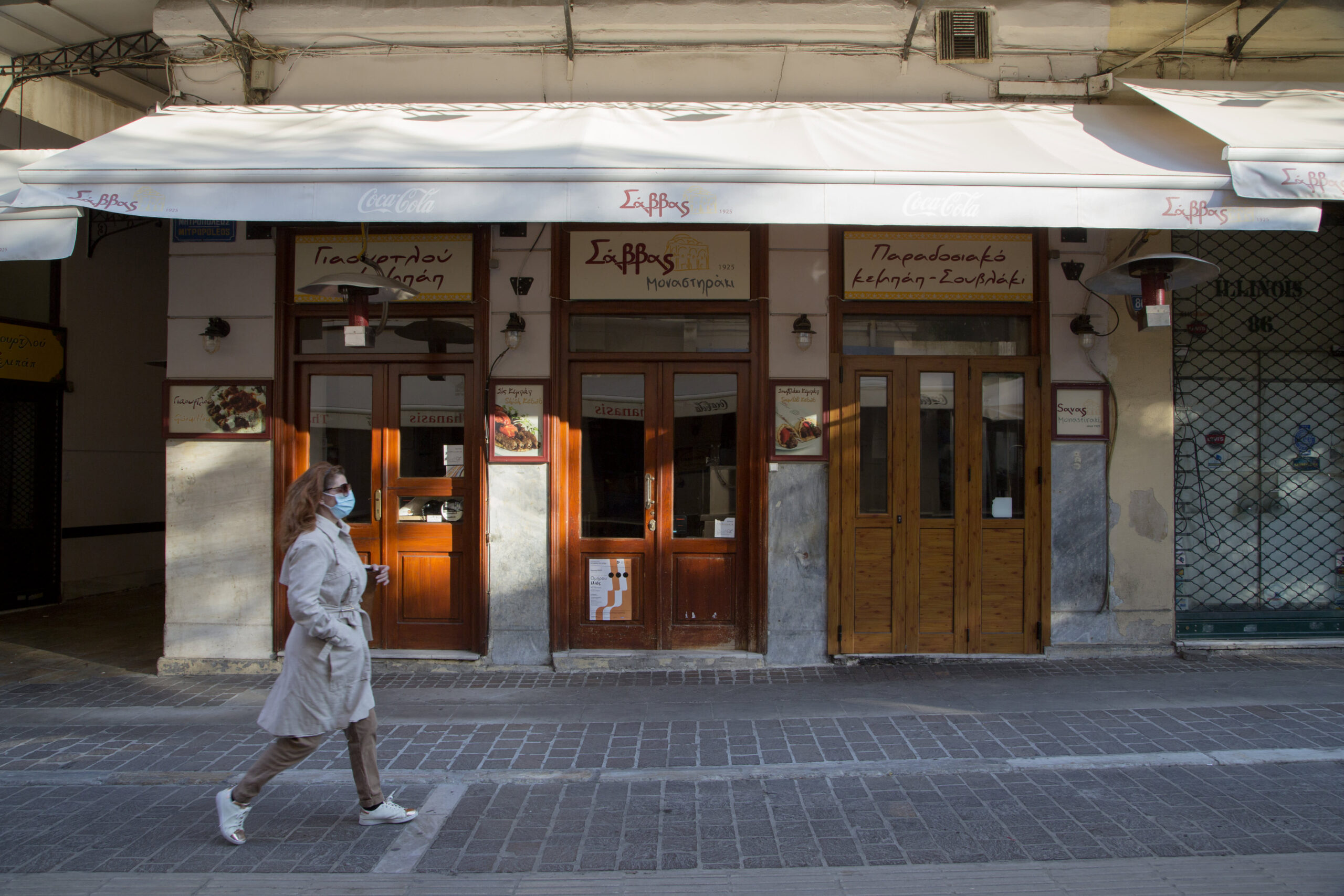 A restaurant closed during lockdown on Mitropoleos street next to Monastiraki square in Athens, Greece, on Monday, Nov. 9, 2020.

LONDON — The euro zone economy dropped by 0.7% in the final quarter of 2020 as governments stepped up social restrictions to contain a second wave of Covid-19 infections, Europe’s statistics office said on Tuesday.

A preliminary reading points to an annual GDP contraction of 6.8% for the euro area in 2020, Eurostat said.

The region had experienced a growth rate of 12.4% in the third quarter as low infection rates at the time had allowed governments to partially reopen their economies.

However, the health emergency deteriorated in the last three months of 2020, with Germany and France going as far as reintroducing national lockdowns. The tightening of the social restrictions weighed on the economic performance once again.

Data released last week showed that Germany grew 0.1% in the final quarter of 2020. Spain experienced a GDP growth rate of 0.4% in the same period while France contracted by 1.3%. The numbers came in above analysts’ expectations and suggested that some businesses had learnt how to cope as best as possible with lockdowns.

Nonetheless, the three-month period also coincided with news of the first coronavirus vaccine approvals, which renewed optimism that the pandemic could come to an end sooner than expected. However, the rollout has since then been slow and bumpy, with economists fearing it will delay the much-needed economic recovery.

“The fiasco of Europe’s vaccination plan and Brussels’ retreat from its standoff with the U.K. and AstraZeneca have raised doubts about a European recovery, confirmed the worst caricatures of bungling bureaucracy and revived fears that the European Union could break apart,” Anatole Kaletsky, founder of Gakeval Research said in a note on Tuesday morning.

In addition to the uneven distribution of Covid-19 jabs, the number of daily cases has also increased in the new year amid the spread of new variants of the virus. Governments have thus decided to extend or reintroduce lockdowns to contain the spread.

In this context, the International Monetary Fund has lowered its growth expectations for the euro area in 2021. The Fund last week cut its growth forecast for the region by 1 percentage point to 4.2% this year. Germany, France, Italy and Spain — the four largest economies in the euro zone — all saw their growth expectations slashed for 2021.