European countries begin barring travelers from the U.K. over concerns of a new coronavirus variant. 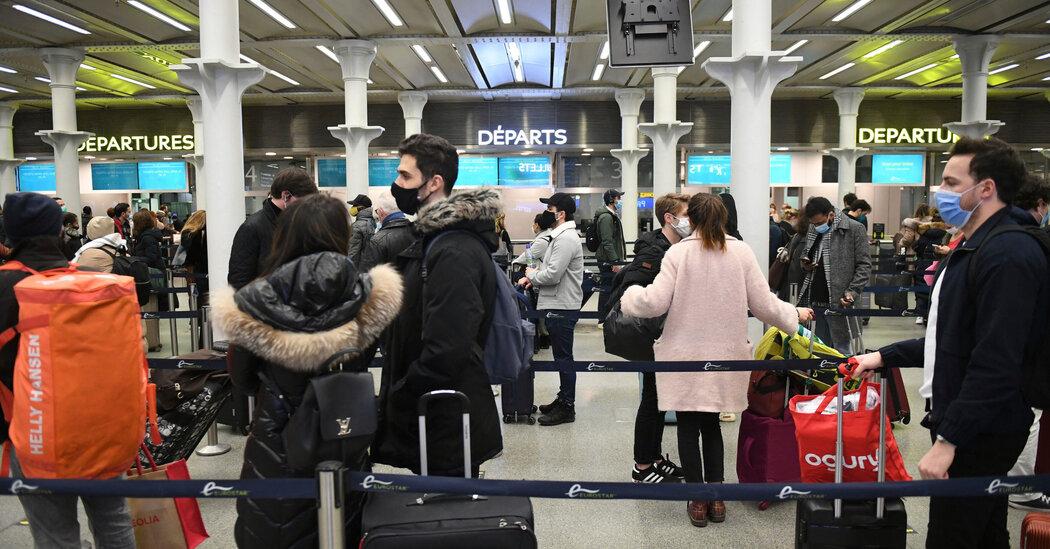 European countries on Sunday began closing their borders to travelers from the United Kingdom, a day after Britain’s Prime Minister Boris Johnson ordered a wholesale lockdown on London and surrounding counties, citing concerns of a new fast-spreading variant of the coronavirus.

The new restrictions in England, which came into effect at midnight on Saturday and effectively quarantined the capital and other areas from the rest of the country, are the harshest measures to be taken since the country’s first lockdown in March.

Train stations in London on Saturday night filled with crowds of people scrambling to leave the city. The country’s health secretary, Matt Hancock, on Sunday called those who were packing trains “clearly irresponsible.” He also said that the restrictions Mr. Johnson imposed could be in place for months.

Worried by the potential influx of travelers from Britain, the Netherlands said it would suspend flights from Britain from Sunday until Jan. 1, noting that the variant found in England “is thought to spread more easily and more quickly.”

Italy also suspended air travel, citing a duty to protect Italians, and Belgian officials on Sunday enacted a 24-hour ban on arrivals from the United Kingdom by air or train, which could be extended. Germany is drawing up regulations limiting travelers from Britain as well as travelers from South Africa, where a similarly contagious version of the virus has emerged. Other countries are also considering bans, among them France, Austria and Ireland, according to local media.

Spain has asked the European Union for a coordinated response to banning flights.

Transport officials in England said that they would increase the number of police officers monitoring hubs like railway stations to ensure only essential journeys were being taken.

Viral mutations are not uncommon, and British officials said this variant had been detected in a handful of other countries. And a similarly contagious version of the virus has emerged in South Africa, which seems to share some of the mutations seen in the British variant.

The estimate of greater transmissibility for the British variant — officials put the figure at 70 percent — is based on modeling and has not been confirmed by lab experiments, said Muge Cevik, an infectious disease expert at the University of St. Andrews in Scotland and a scientific adviser to the British government.