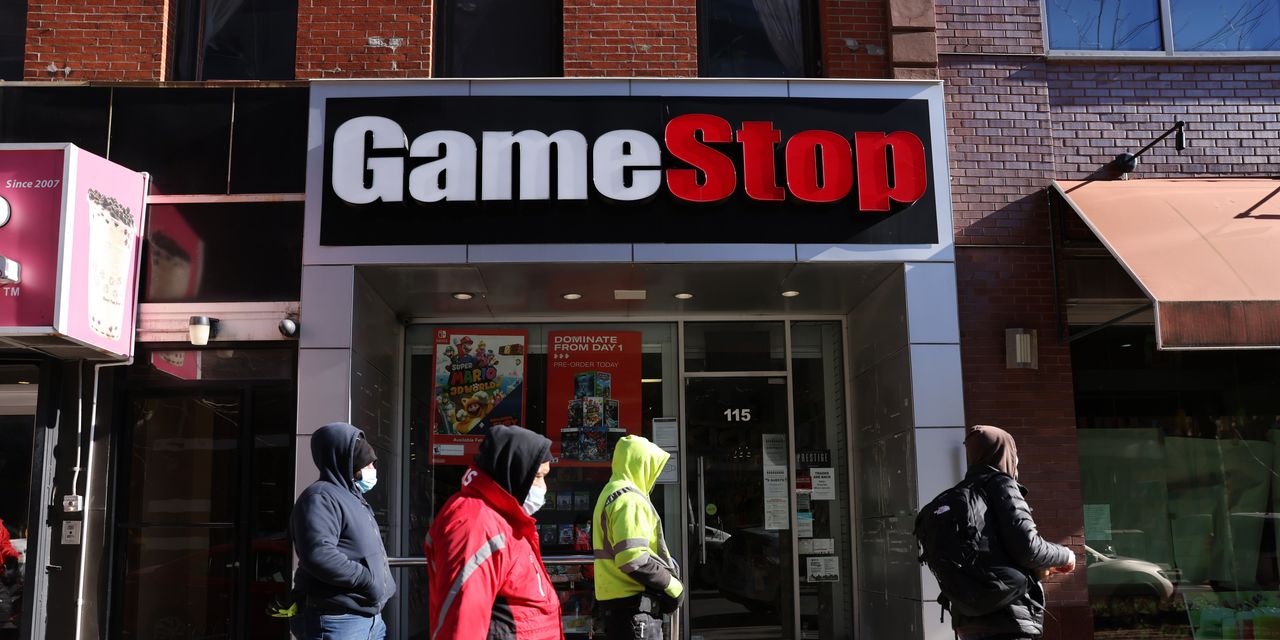 European stocks and U.S. equity futures fell sharply on Friday, at the end of a volatile week fueled by COVID-19 worries and a Wall Street battle between retail investors and hedge funds over shorted stocks.

fell 1.2% after a modest move up on Thursday. Down around 2.8% for the week, the index is facing its worst weekly performance since late October 2020. Elsewhere, the German DAX
DAX,

dropped around 1% each. Those losses were set to reverse Thursday’s gains on Wall Street that were driven by earnings reports and upbeat economic data.

Losses were setting up for Friday as volatility, fueled by frenzied trading among U.S. retail investors who have been clashing with hedge funds holding short positions of certain stocks, looked set to continue on Friday.

and other companies that have been in the crosshairs of those battles tumbled on Thursday, as brokerages such as Robinhood froze trading. Those shares surged in after-hours action as the online platform, which came under criticism for its move, said it would “allow limited buys” of those volatile stocks on Friday.

U.S. retail action inspired sharp moves for some of Europe’s own shorted stocks, such as German drug company Evotec
EVT,

and movie-theater chain Cineworld
CINE,
.
Both stocks have seen gains of around 14% week to date.

showed 89% efficacy in the U.K., though it was less effective against the new South African variant.

While the U.K. has been pushing ahead with its vaccine rollout, Europe is facing delays on its own program from drug companies AstraZeneca
AZN,

0Q1N,
,
due to issues at European plants.

Germany has warned of 10 weeks of shortages, and Chancellor Angela Merkel reportedly plans to meet with regional leaders in Germany and drug manufacturers to discuss the crisis. The EU has demanded AstraZeneca diverts supplies being produced in the U.K. to the region to help the shortfall.

Read: AstraZeneca vaccine should only be given to under-65s, Germany recommends as EU shortage crisis deepens

Pandemic woes were reflected in data that revealed a tough end to 2020 as lockdowns and restrictions were beefed up. French gross domestic product fell 1.3% during the fourth quarter.

The pain was showing up elsewhere, as shares of Hennes & Mauritz
HM.B,

fell 2%, after the Swedish fashion retailer said a strong recovery at the start of its fiscal fourth quarter significantly slowed after fresh restrictions and lockdowns were imposed to combat the second wave of COVID-19.

fell 2%, even after the Spanish bank said it plans to launch a buyback of about 10% of its shares. BBVA is selling its U.S. business, which should give it around €8.5 billion ($10.30 billion) in capital to boost growth and remunerate shareholders.

climbed 3%, after it reported a rise in fourth-quarter net profit and the board proposed a dividend for 2020.

dropped 2%, as the Swiss flavor-and-fragrance group said it would lift its dividend after reporting a rise in profit and reaching its targets.

late on Thursday reported preliminary earnings for financial year 2020 that beat its own guidance and consensus. Those shares rose 1.8%.