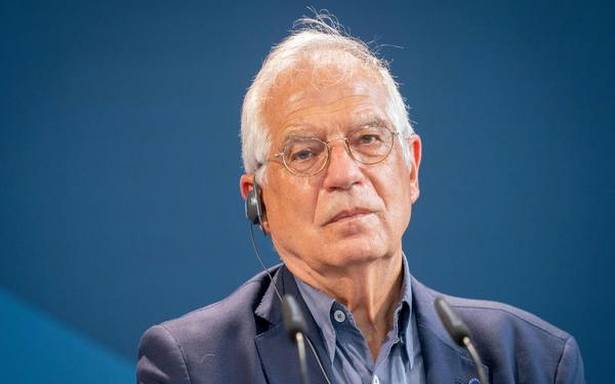 EU foreign policy chief Josep Borrell said Iran’s intention to enrich uranium up to 20% at the Fordo underground nuclear facility “is a very serious development and a matter of deep concern,” and “has very severe proliferation implications.”

The official supervising the agreement aimed at curbing Iran’s nuclear ambitions is warning that Tehran’s decision to ramp up uranium enrichment could undermine efforts to keep the deal alive amid diplomatic efforts to bring the United States back on board.

European Union (EU) foreign policy chief Josep Borrell said Iran’s intention to enrich uranium up to 20% at the Fordo underground nuclear facility “is a very serious development and a matter of deep concern,” and “has very severe proliferation implications.” Last week, Iran began enriching uranium to levels unseen since the deal was struck in 2015.

Iran has argued that it is no longer obliged to respect limits laid out in the pact, known as the Joint Comprehensive Plan of Action, because President Donald Trump violated it first by pulling the United States out of the deal in 2018, which resulted in crippling sanctions on Iran’s moribund economy.

The deal offers Iran economic incentives in exchange for curbs on its nuclear programme, but with the reinstatement of American sanctions, the other signatories – China, France, Germany, Russia and the U.K. – have struggled to provide Iran the assistance it seeks.

President-elect Joe Biden has said he hopes to return the U.S. the deal, which was negotiated while he was Vice-President. Mr. Borrell and other countries would welcome such a move.

“At this critical juncture, Iran’s action also risks undermining efforts aimed at building upon the existing diplomatic process. We urge Iran to refrain from further escalation and reverse this course of action without delay,” Mr. Borrell said in his statement, released late Monday.

He said that full and timely cooperation with the International Atomic Energy Agency “remains critical.” Mr. Borrell added that the EU looks “forward to working with the incoming U.S. administration.” Despite Iran’s violations, the IAEA has reported that Tehran continues to give inspectors full access to its nuclear sites – a key reason the signatories say it is worth preserving.