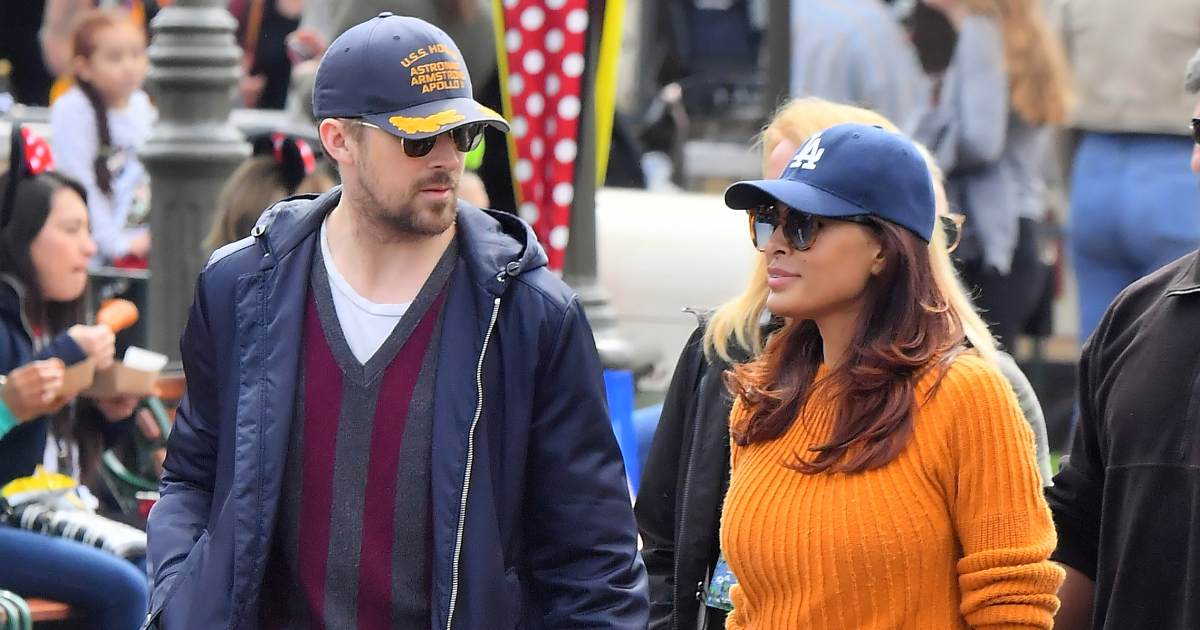 Bride-to-be? Eva Mendes and Ryan Gosling sparked engagement rumors during a rare hike in California with their daughters, Esmeralda and Amada.

In photos obtained by Page Six, the Hitch star, 46, rocked a giant ring on that finger during the outing in Los Feliz on Wednesday, January 27.

The longtime couple, who have been together for nearly a decade, welcomed Esmeralda in September 2014 and Amada in April 2016. Prior to meeting the handsome actor, 40, Eva never considered being a mom.

“I never wanted babies until I fell in love with Ryan, and it kind of worked out to where I was 40 and having my first baby,” the actress said during an interview with Australian’s Nova 96.9 in October.

The brunette babe was always focused on her career but said that because she met Ryan later in life, everything fell into place.

“I think I was 42 for the second [child], so it worked out in that way that I had a career and then I change my focus to my family,” she said.

The movie star — who took time off to raise their daughters — also discussed being ready to get back into acting. “[I’m] thinking of definitely going back,” she said. “I am now that [my kids are] getting a bit older, but I really feel like I never want to send the wrong message to young women out there. It’s not an either/or situation.”

But Eva has become more selective with the roles she would take on since becoming a mother. “I feel like it’s time,” she said, adding, “The list is getting shorter and shorter of stuff that I’d do. I don’t want to do anything violent. I don’t want to do something risqué. I think the only thing that’s left is Disney.”

The good-looking pair have been romantically linked since 2011, when they were filming the movie The Place Beyond the Pines together. Since then, they’ve largely maintained an extremely private relationship.

In Touch reached out to Ryan and Eva’s reps but did not hear back at the time of publication.

Back to Top
Close Add post
X
Braunwyn Burke Says She Fell in Love with Best Friend, Accuses RHOC Cast of Using Her For ‘Rel…GossipsBraunwyn Windham-Burke fell in love with her best friend during filming on the 15th season of The Real Housewives of Orange County last year. During a…

X
Allu Arjun starrer ‘Pushpa’ has a release date! Find out here –…GossipsTollywood sensation Allu Arjun made a grand announcement on his social media lately. The star has finally revealed when his next film ‘Pushpa’ will be…
close