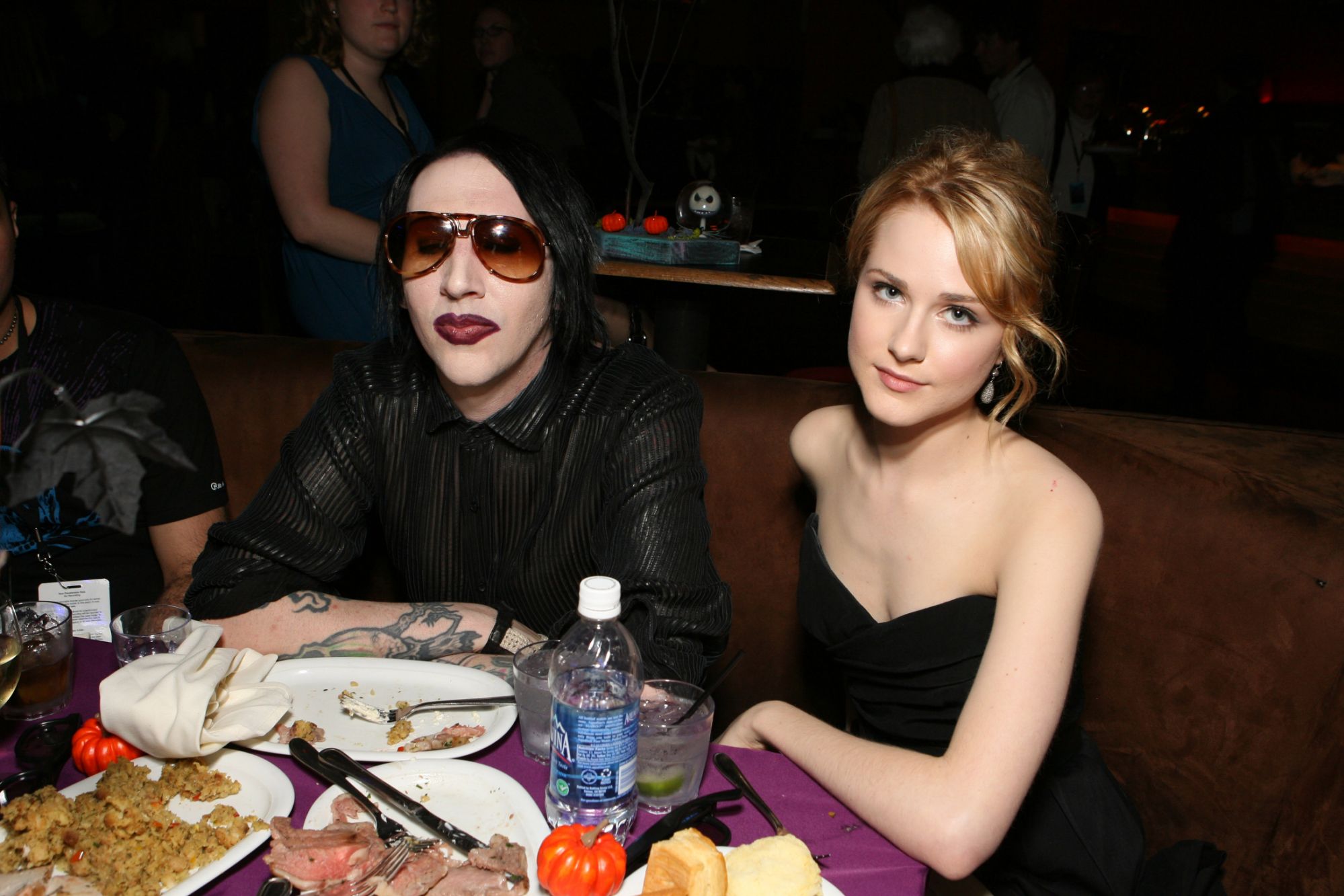 The Westworld actress, 33, has spoken out before about experiencing PTSD from rape and sexual abuse with a significant other. On Monday, Wood named Brian Warner, better known as Marilyn Manson, as her alleged abuser.

“He started grooming me when I was a teenager and horrifically abused me for years,” Wood wrote on Instagram. “I was brainwashed and manipulated into submission. I am done living in fear of retaliation, slander or blackmail.”

Wood began dating Manson in 2006 at age 18. The 52-year-old musician is nearly 20 years her senior. The stars were on and off before getting engaged in 2010. They split for good a few months later.

“I am here to expose this dangerous man and call out the many industries that have enabled him, before he ruins any more lives,” Wood continued. “I stand with the many victims who will no longer be silent.”

At least four other women have come forward to accuse Manson of abuse, both physical and psychological, which Wood shared on her Instagram story. The detailed allegations — including rape, imprisonment and blackmail — are quite disturbing.

Yahoo Entertainment reached out to a representative for Manson but did not immediately receive a response. He has denied sexual abuse claims in the past.

A police report was filed against Manson in May 2018 for unspecified sex crimes dating back to 2011. The district attorney declined that case because the statute of limitations had expired noted an “absence of corroboration.” An attorney for Manson “categorically denied” any claims “of sexual impropriety or imprisonment” to The Hollywood Reporter.

In 2018, Wood spoke about her trauma during a powerful testimony urging Congress to implement the 2016 Sexual Assault Survivors’ Bill of Rights Act in every state. She never named her alleged abuser.

“It started slow but escalated over time, including threats against my life, severe gaslighting and brainwashing, [and] waking up to the man that claimed to love me raping what he believed to be my unconscious body,” she declared, revealing she was assaulted by another man years later. “Being abused and raped previously made it easier for me to be raped again, not the other way round.”