Home BusinessFinance Ever Given, the massive cargo ship that ran aground in the Suez Canal, is still stuck

Ever Given, the massive cargo ship that ran aground in the Suez Canal, is still stuck 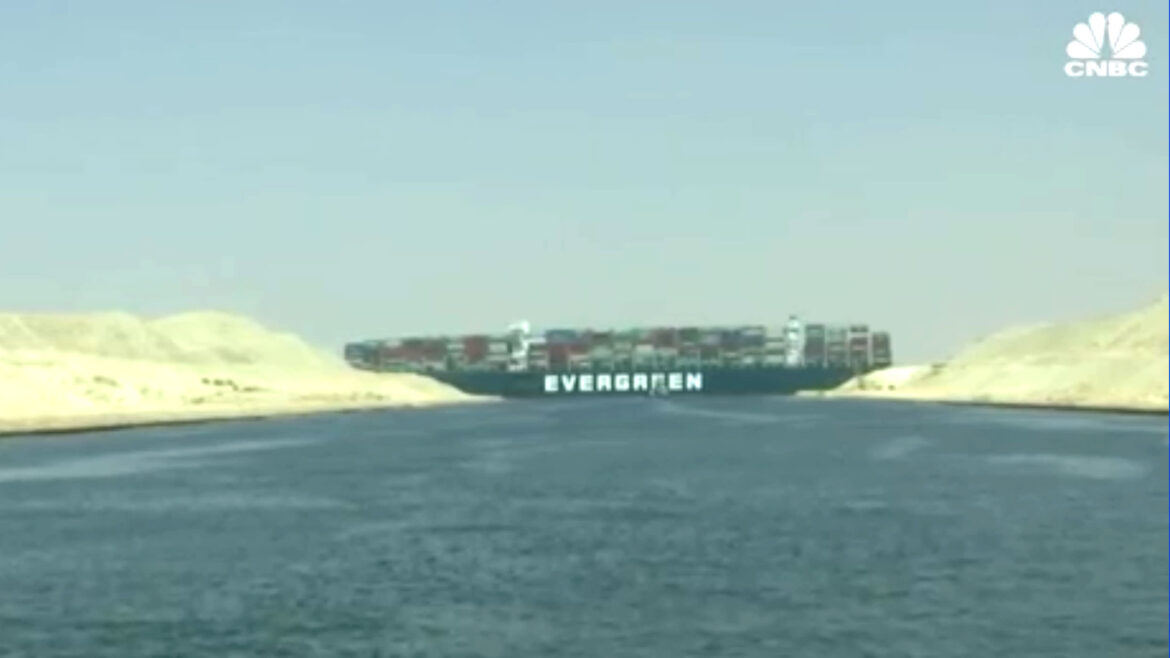 The massive container ship that ran aground in the Suez Canal, halting traffic in one of the world’s busiest waterways, is still stuck after little progress appeared to be made on Wednesday to dislodge the ship.

The ship, called the Ever Given, became horizontally wedged in the waterway following heavy winds. Multiple tugboats were sent to the scene to assist in the re-float operation, which can take days.

Around 6:30 p.m. ET Bernhard Schulte Shipmanagement, which is the technical manager of the vessel, said the ship was still aground with re-float efforts ongoing.

Bernhard Schulte added that there were no reports of injuries among the 25 crew members, and that no cargo has been damaged. Initial investigations have ruled out mechanical or engine failure as reason for the grounding.

The enormous cargo carrier is more than 1,300 feet long and about 193 feet wide. It weighs more than 200,000 tons. One end of the ship was wedged into one side of the canal, with the other stretching nearly to the other bank.

The 120-mile long man-made waterway is a key point of global trade, connecting a steady flow of goods from East to West.

Everything from consumer products to machinery parts to oil flows through its waters.

Nearly 19,000 ships passed through the canal during 2020, for an average of 51.5 per day, according to the Suez Canal Authority. The ship was sailing from China to Rotterdam when it ran aground.

Satellite images showed a buildup of ships on either end of the waterway as the Ever Given halted the flow of traffic.

The accident comes as the global supply chain already struggles to keep apace with demand. The shortages have been most acute in the chip industry, forcing automakers to suspend operations.