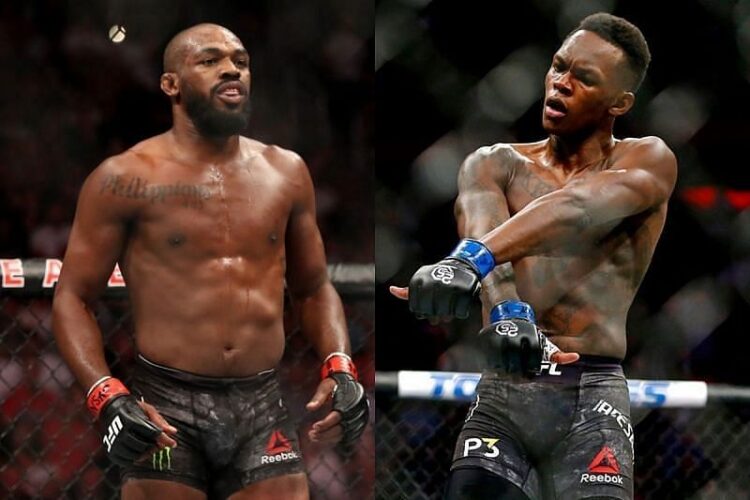 Jon Jones’ coach Mike Winkeljohn has made it clear that if his arch-rival Israel Adesanya can gain weight, then a fight between the two is a possibility.

During an interview with Submission Radio, Winkeljohn stated that Jon Jones’ rivals need to chase him for a fight and also called the former UFC light-heavyweight champion “the best of all time”.

“Jon is the best of all time, everybody needs to chase him,” said Mike Winkeljohn.

Winkeljohn isn’t ruling out a fight between Jon Jones and Adesanya at the moment. However, he believes that ‘Bones’ will take the fight only if the money is right and if the contest motivates the former light-heavyweight king.

Bones’ coach feels the final decision will depend on Jones and if he feels motivated enough.

“Again, like I said, it depends on if it motivates Jon, if the money is worth it to him. Jon’s got some money in the bank. So ultimately, it’s got to motivate him to do it and he would be more than happy to take that fight,” said Winkeljohn.

Could Jon Jones vs Israel Adesanya take place in the near future?

Jon Jones has been preparing for a debut in the heavyweight division in recent times. However, following recent comments from UFC president Dana White after UFC 260, ‘Bones went off on the UFC and asked for his release from the promotion.

A clash between Jon Jones and Israel Adesanya would surely be one of the biggest fights in UFC history. However, as things stand, the UFC is on the verge of missing out on another super-fight between Jones and new UFC heavyweight champion Francis Ngannou.

Adesanya was unsuccessful in his UFC light-heavyweight debut at UFC 259 and is now likely to move back to defend his middleweight title. If ‘The Last Stylebender’ makes the jump to light-heavyweight in the future, then a fight between Adesanya and Jones would be more likely to take place than it is at the moment.