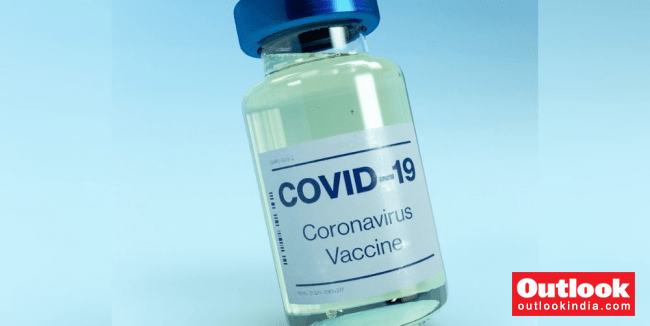 2020 has been a difficult year with the novel coronavirus causing a world-wide pandemic and claiming lives of people. However, with the year coming to an end, we are witnessing how vaccines are showing their effectiveness against Covid-19.

This has led to a massive demand for vaccines by nations around the world. According to an article published by Nature, here are the vaccines that are currently in the line-up to save the lives of several people across the globe.

The first in the list of being the most pre-ordered vaccine is Novavax. Around 1.38 billion doses of Novavax have been pre-ordered so far. Based out of Maryland, the Novavax vaccine makes use of a custom-made spike protein that mirrors the natural spike protein in the novel coronavirus.

After several years of developing its recombinant nanoparticle technology, Novavax has eventually applied it for the first time in its Covid-19 vaccine.

Developed by American pharmaceutical giant Pfizer and German pharmaceutical company BioNTech, next on the list is the BNT162 vaccine. It was the first vaccine to have been approved for use in the UK, US, Canada and several other parts of the world.

It showed the effectiveness of a whopping 95 per cent. Today, over 1.28 billion doses of the Pfizer-BioNTech Covid vaccine have been ordered around the world, and the demand continues to rise.

The first to show promise in being effective against the novel coronavirus, the ChAdOx1 adenovirus vaccine has been developed by researchers at Oxford and AstraZeneca. It has resulted in 70 per cent effectiveness and is the most pre-ordered vaccine in the world at around 3.29 billion doses.

In India, the vaccine will be developed by Serum Institute of India to help deal with demand in India and select nations around the world. It’s the most affordable vaccine in the lot, at around US $3–4 per dose, which is between five and ten times cheaper than the estimated prices of other leading vaccines by Pfizer-BioNTech and Moderna respectively.

Another vaccine in the list is by Johnson and Johnson. However, it is yet to reveal its effectiveness against the virus. The vaccine which is of a recombinant adenovirus kind, and is still in the phase of late-human trials which have commenced sometime in December. As of now, the Johnson and Johnson Covid-19 vaccine has drawn pre-orders of around 1.27 billion doses.

The first to announce that they’re working on developing a vaccine to fight against the novel coronavirus, Moderna has managed to be up to 95 per cent effective against SARS CoV-2. The mRNA vaccine has only managed to get pre-orders for around 780 million doses. It is also one of the most expensive vaccines on this list, priced at $32 to $37 per dose.

The CVnCoV by Curevac has got quite a few preorders despite still undergoing trials. With pre-orders of over 410 million doses as of now, the vaccine is essentially a non-chemically modified mRNA, encoding the prefusion stabilised full-length spike protein of the SARS-CoV-2.

The vaccine has entered phase III of its vaccine trials in healthcare workers at the University Medical Center Mainz, Germany.

Sanofi/GSK’s Covid-19 vaccine has managed to garner pre-orders of over 1.23 billion doses, while the vaccine is still under early stages of trials. Phase I and II trials interim results revealed an immune response similar to patients who recovered from COVID-19 in adults (aged 18 to 49 years).

The first vaccine in the world that was approved for use, after it reportedly showed up to 94 per cent effectiveness against the novel coronavirus. For now, only 340 million doses for the vaccine have been pre-ordered as of now. Russia is currently vaccinating people who are at high risk of contracting the novel coronavirus — doctors, teachers etc.

They expect to vaccinate 2 million people by the end of this year.

Developed by Chinese pharmaceutical giant Sinovac, around 260 million vaccine doses have been pre-ordered. The vaccine is still under development and in recently, in a clinical trial conducted in Brazil. The vaccine has shown up to 50 per cent effectiveness against the virus.