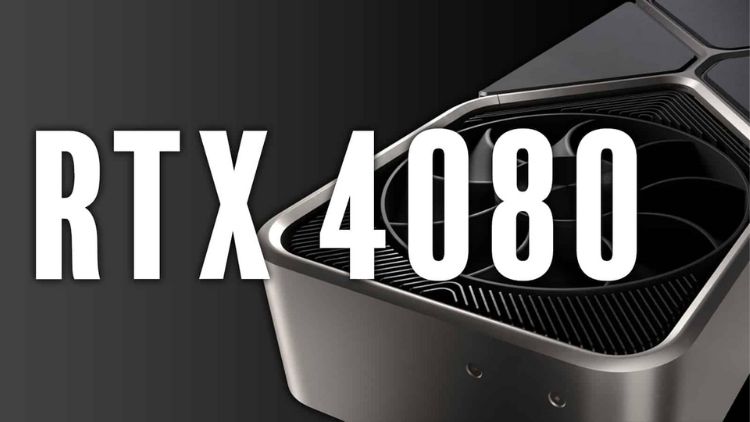 RTX 4080 is coming and it is going to be a game changer. We’ve been hearing rumors, leaks and insights for the last few months. And the closer we get to launch the more we learn and it is sounding super exciting!

Nvidia will soon be announcing three new graphics cards each with a new GPA baked within. They use a next generation architecture dubbed “Ada Lovelace” and these will be more powerful than ever. This will be achieved using a smaller N4 5 nanometer process from TSMC which will make these chips more efficient than ever. With a larger amount of cores for increased graphical horsepower. These new graphics cards are all Nvidia’s flagships. Thus, don’t expect any budget cards until at least 2023.     The ones we can expect in the meantime are the RTX 4090, 4080 and 4070. The RTX 4090 will at least at launch be the most powerful gaming GPU that Nvidia sells. It will use the AD102 chip which is rumored to pack 16384 cuda cores, 24 gigabytes of GDDR6X v-ram and a GPU boost clock of 2520 megahertz. The rtx 4080 meanwhile will adopt the AD103 GPU with 10240 cuda cores and 16 gigabytes of GDDR6X v-ram. Finally we have the RTX 4070 with an AD102 GPU measuring in with 7168 cuda cores but then only 12 gigabytes of the slightly slower GDDR6 v-ram.

Nvidia’s secret weapon this time around is all about power limits because all of these cards use a lot of juice. And at the end of the day more power does mean more performance. Each new chip uses 450, 420 and 300 watts respectively. That is a huge jump from the 350 watts that was found on the RTX 3080. This likely means that the 12 pin power connector is going to be found on all of Nvidia’s new cards and an 850 or 1000 watt power supply is probably going to be the recommended minimum.

What these cards need to be able to do is be miles better than consoles. This means that they need to deliver 4k gaming at a minimum of 60 fps in every single title. You can also expect Nvidia to throw in a few new features around launch time too. There’s often new tidbits to unfold that will give you extra performance, visual quality or just better ways to stream or share your gameplay. We can expect the announcement in late August or early September. It usually coincides with gamescom but it might be slightly later and then the cards should start to ship between two and four weeks after that.

Pricing is definitely where things start to get a little bit tricky because this hasn’t leaked yet because it almost certainly hasn’t been confirmed yet. We would expect the GPUs to cost 10% more than last time.

Arguably, an even bigger factor could be used graphics cards. Because of the cryptocrash, the used marketplace is and will be for the foreseeable future flooded with current generation GPUs and the prices on these will just get lower and lower. So essentially, Nvidia will be competing against their own products. It is definitely a bit up in the air for sure but a slight price increase ill be done. That’s because they can justify it by saying the cost of materials has gone up which to be fair, they have.