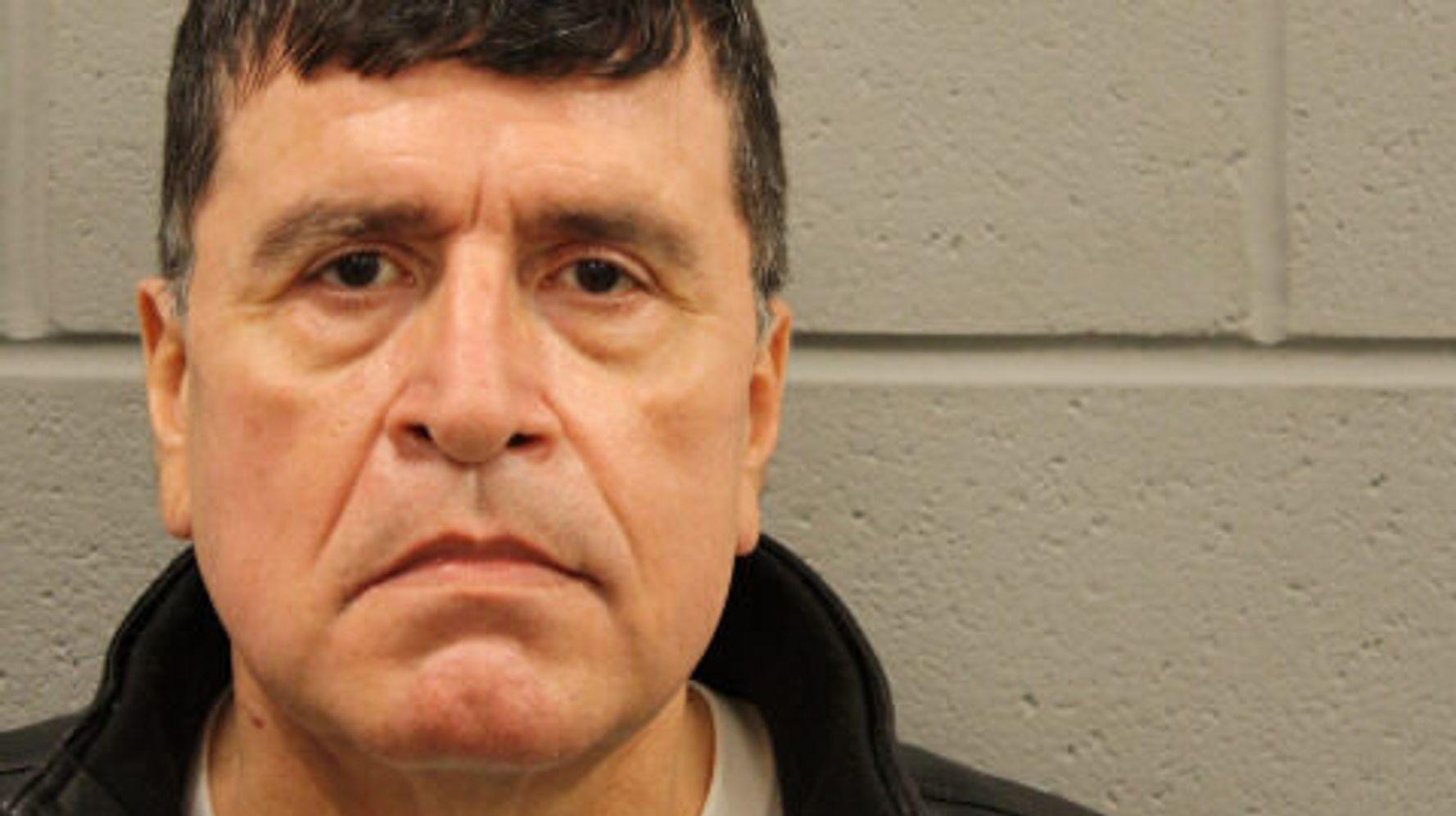 A former Houston police officer is facing up to 20 years in prison for allegedly running an air conditioner repairman off the road and holding him at gunpoint after suspecting him of orchestrating a massive voter fraud scheme.

Former Houston Police Capt. Mark Anthony Aguirre, 63, was arrested Tuesday for aggravated assault with a deadly weapon after prosecutors said he violently detained the man on Oct. 19. He apparently believed the repairman’s truck was transporting 750,000 fraudulent ballots, but no ballots were found.

“He crossed the line from dirty politics to commission of a violent crime and we are lucky no one was killed,” Harris County District Attorney Kim Ogg said in a statement. “His alleged investigation was backward from the start — first alleging a crime had occurred and then trying to prove it happened.”

A Houston police officer, who witnessed the vehicular incident while responding to an unrelated call, called for backup. The office said he saw Aguirre force the other driver to the ground at gunpoint and pin his knee into the man’s back. The incident was captured on body camera footage, prosecutors said.

As the officer called for backup, a second suspect, who has not been identified, drove off with the repairman’s truck and left it in a nearby parking lot, police said.

Aguirre identified himself to responding officers as a retired HPD captain and demanded that they take the man he was detaining into custody. Aguirre said he had been monitoring the truck’s driver for four days with a private group of citizens called “Liberty Center” and believed he was the mastermind of ballot election fraud, prosecutors said.

Aguirre did not reveal to authorities that he had been paid $266,400 by the right-wing Liberty Center for God and Country, with $211,400 of that amount being deposited into his account the day after the incident, prosecutors said.

Aguirre allegedly identified himself as being retired from the police force, but local reports indicate he was fired in 2003 following a botched street-racing raid that created legal issues for the city.

Police said Aguirre directed officers to a nearby parking lot, where the repairman’s truck was found and searched by police. Inside, they reported finding only air conditioner parts and tools. The repairman’s home was also searched. No ballots were discovered there either, NPR reported, citing a copy of the arrest affidavit.

“A lengthy investigation by HPD determined allegations of election fraud were unfounded and no evidence of illegal ballots was found,” the police department said in a statement.

The aggravated assault charge is a second-degree felony that is punishable by up to 20 years in prison.

An attorney for Aguirre, speaking with local news outlet KTRK, defended his client and said the arrest was “political prosecution.”

“He was working and investigating voter fraud, and there was an accident. A member of the car got out and rushed at him and that’s where the confrontation took place,” said attorney Terry Yates.

President Donald Trump and his supporters have continued to claim, without any supporting evidence, that the Nov. 3 election was stolen from him and that illegal ballots were cast in support of Joe Biden. Trump has urged his supporters to resist defeat and has unsuccessfully waged several lawsuits across the country in hopes of subverting the election’s results.

Current and former law enforcement officials have told HuffPost that they’re concerned that such election conspiracy theories will inspire acts of violence.

The Houston-based Liberty Center has been among the organizations trying to dispute the election’s results. Its CEO, Republican activist Steven Hotze, last month unsuccessful filed a lawsuit that requested 127,000 votes cast in Harris County be thrown out, Houston Public Media reported.

In a Facebook post last month, Hotze called for Texas Gov. Greg Abbott (R) to be “tarred and feathered” for his handling of the coronavirus pandemic, which included lengthening the early voting period and extending the time voters had to deliver completed absentee ballots. Hotze alleged that Abbott’s actions allowed Democrats more time to commit election fraud.

“I raised over $600,000 between October 8 and November 1 to hire private investigators and attorneys to discover, expose and disrupt the Democrats’ massive election fraud scheme in Harris County,” Hotze boasted in his post that requested additional donations through a GoFundMe page.

An attorney for Hotze told KTRK that he’d “be shocked” if Liberty Center endorsed Aguirre’s alleged use of violent force involving the repairman.

“His company definitely worked for the organization. With respect to what happened, I’m not familiar, but we’ll be looking into it,” said attorney Jared Woodfill, who did not immediately return HuffPost’s request for comment on Wednesday.