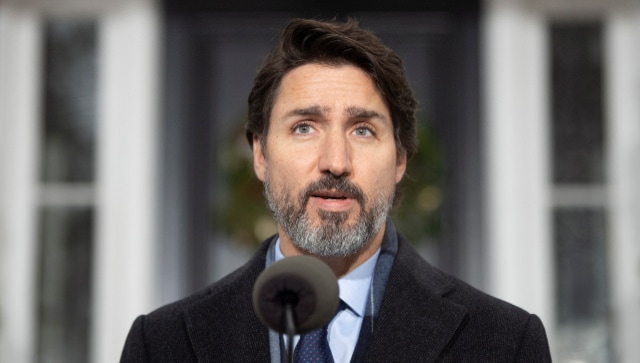 New Delhi: Slamming Canadian premier Justin Trudeau’s statement on the ongoing farmers’ protest in India as “uncalled for, disconnected with ground realities and served merely to fan the flames”, a group of former Indian diplomats claimed on Monday that Canada’s support has led to the protesters hardening their stand and adopting an “all or nothing” approach.

“Not unoften bilateral political equations develop stress” due to the propensity of some Canadian political parties and leaders to engage in “vote bank politics”, they said, noting that it is well known that separatist and violent Khalistani elements carry out anti-India activities from the safety of the Canadian soil.

The open letter issued by ‘Indian Ambassdors’ Group’, which included former diplomats Vishnu Prakash, Ajay Swarup, GS Iyer and SK Mathur, lashed out at Trudeau, saying such blatant interference in India’s internal affairs to appease a section of the Liberal party’s voter base is completely unacceptable and will cast a long shadow on bilateral relations.

Expressing concern over activities of pro-Khalistan elements in Canada, the statement said they are also radicalising the Canadian youth with far-reaching consequences, which is being ignored at the altar of short-term political expediency.

“Khalistani elements in Canada control a number of prominent Gurudwaras which gives them access to substantial funds, some of which are allegedly diverted to the electoral campaign of political parties especially the Liberals,” it said, targeting the country’s ruling party.

“Back home, encouraged by the Canadian support, the protesters have hardened their stance, adopting an all or nothing approach,” the former diplomats said.

They added that cooperation between the Khalistanis and Pakistani diplomatic posts has also been taking place behind the scenes.

Pakistani diplomats conspicuously participate in such pro-Khalistani events, and Canadian authorities turn a Nelson’s eye, they said, adding that Canada deleted all references to radical Khalistanis and Sikh extremism in the “2018 Public Report on the Terrorist Threat to Canada” allegedly bowing to their pressure and threats.

“This editorial jugglery may be good enough for domestic purposes, but the fact remains that neither Canada nor any other state can condone fundamentalism, violent extremism or terrorism under international law,” the statement said.

The former diplomats said such behaviour, against well-established diplomatic norms, is also bound to hurt Canada’s own standing in the world.

“It further carries the risk of other nations repaying Canada in the same token. India wishes to have the best of ties with Canada. However, no relationship can be one sided. Nor can any country especially India ignore actions which are prejudicial to her national interests and territorial integrity. The choice and decision rests with the people of Canada,” it said.

The former IFS officers said the irony is that Canada is one of the most strident critics of India’s minimum support price (MSP) at the WTO, and, yet actuated by questionable motives, suddenly opted to express concern and support for the farmers.

Commenting over farmers’ protest, Trudeau had recently said the “situation is concerning, and we’re all very worried about family and friends”.

Reacting strongly, India summoned Canadian High Commissioner Nadir Patel and told him that Trudeau’s remarks constituted an “unacceptable interference” in the country’s internal affairs and these actions, if continued, will have a “seriously damaging” impact on the bilateral ties.