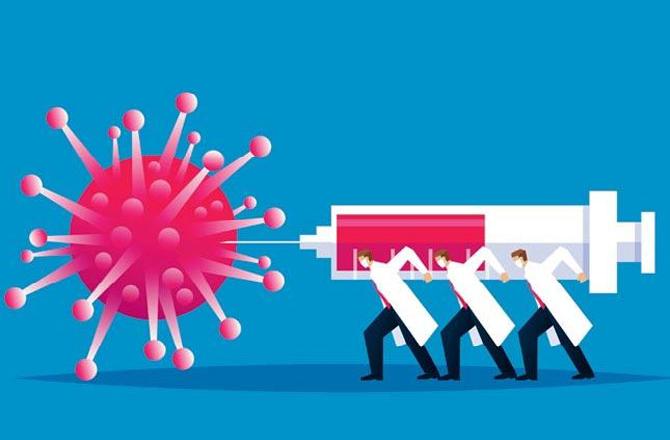 After drugmaker Pfizer’s former Vice President and Chief Scientist for Allergy and Respiratory Michael Yeadon claimed that “the pandemic is fundamentally over in the UK,” health fact-checker Health Feedback termed his assertions “false”.

In an article published in Lockdown Sceptics (lockdownsceptics.org) on October 16, Yeadon claimed that the “the susceptible population (in the UK) is now sufficiently depleted and the immune population sufficiently large that there will not be another large, national scale outbreak of COVID-19.”

He said that the Scientific Advisor Group for Emergencies (SAGE), a government agency of the UK tasked with advising the central government in emergencies, made fatal errors in its assessment of the SAR-CoV-2 pandemic.

“Limited, regional outbreaks will be self-limiting and the pandemic is effectively over,” Yeadon wrote.

Later, a video by talkRADIO, a national talk radio station in the UK, was uploaded to YouTube on November 5 and went viral on Facebook.

The video features a conversation between talk show host Julia Hartley-Brewer and Yeadon in which the former Pfizer VP made the similar claim that “the pandemic is fundamentally over in the U.K.”

According to Health Feedback, the video contains several inaccurate claims about the pandemic that were previously debunked by the organisation and other fact-checkers.

Challenging Yeadon’s claims, Health Feedback said that several European countries, including the UK, experienced a resurgence in the number of Covid-19 cases and deaths starting in September and October.

In the article published in Lockdown Sceptics, Yeadon made claims about a large section of the population having prior immunity against the disease.

“I believe I have provided more than adequate evidence that a significant proportion (30%) of the population went into 2020 armed with T-cells capable of defending them against SAR-CoV-2, even though they had never seen the virus,” Yeadon wrote.

“This is because they’d been previously infected by one of more common cold-producing coronaviruses. SAGE was naively wrong to assume ‘everyone was susceptible’,” he wrote.

Health Feedback said that “the implications for immunity are still unknown.”

“Although scientific studies found that some people who never had COVID-19 have a certain type of immune cell (memory T cell) that can recognize SARS-CoV-2, the implications for immunity are still unknown,” the nonprofit fact-checker said.

“More studies are needed to ascertain the role of memory T cells in immunity to COVID-19.,” it added.

“A person’s antiviral immune response is comprised of several components, including antibodies, which can bind to certain proteins on the surface of the virus and prevent it from infecting cells. One of the key goals of COVID-19 vaccines is to stimulate the production of antibodies that prevent infection,” Health Feedback said.

RELATED:  Farmers protest at Delhi's borders ahead of Kisan Diwas

Pfizer last week said that it is seeking emergency approval from US regulators for its Covid-19 vaccine, which has shown 95 percent efficacy in a totality of two data sets.

Do pregnancy and COVID-19 vaccines mix? Here’s what the experts say

To vaccinate or not to vaccinate — that is the question pregnant...
Read more

How to get back your sense of smell after COVID-19, according to...

Ruby Rose steps in for Elliot Page in gamer comedy 1Up

Do pregnancy and COVID-19 vaccines mix? Here’s what the experts say