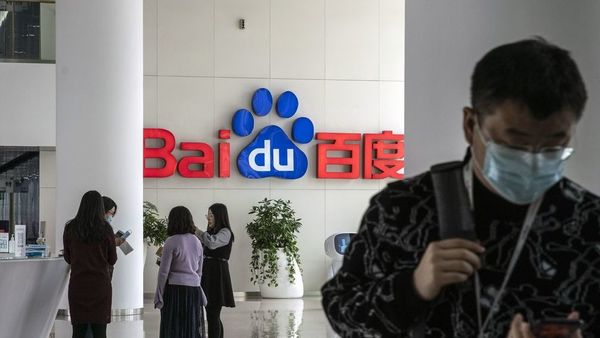 The sales approached $30 billion in value, some of the people said, and fueled a 27% plunge Friday in shares of ViacomCBS—an unusually large decline in a widely held, large-capitalization stock on a day with no significant company specific news. Billions of market value in other companies were wiped out as the sales continued, surprising market participants who called the size and speed of these stock sales unprecedented.

The liquidations appear to have left Archegos, which managed an estimated $10 billion of personal wealth for Mr. Hwang and his family, under extreme pressure following heavy losses. People close to the stock sales said that the bulk of the selling has been completed.

Shares of a U.S.-listed Chinese entertainment company, IQIYI Inc., also sold in block trades Friday as part of the unwinding, fell 13% to $17.43. Discovery released a statement in response to the selloff on Friday reaffirming its outlook to Wall Street.

The losses mark the latest public setback for the publicity-shy Mr. Hwang, who is best known for his prior firm, Tiger Asia Management LLC, in 2012 pleading guilty to a criminal fraud charge. Tiger Asia also agreed to pay $44 million to settle civil allegations by U.S. securities regulators that it engaged in insider trading of Chinese bank stocks.

According to people familiar with the fund, the highly levered Archegos took big, concentrated positions in companies and held some positions via swaps. Those are contracts brokered by Wall Street banks that allow a user to take on the profits and losses of a portfolio of stocks or other assets in exchange for a fee.

The use of swaps allowed Mr. Hwang to maintain his anonymity, even as Archegos was estimated to have had exposure to the economics of more than 10% of multiple companies’ shares. Investors holding more than 10% of a company’s securities are deemed to be company insiders and are subject to additional regulations around disclosures and profits.

The episode reignites debate over whether the use of swaps presents a market vulnerability.

The dynamics are reminiscent of the market upheaval in late January, when meteoric surges in GameStop Corp. and other companies popular with individual investors upended hedge funds’ short bets against the companies. Here, though, a major actor in supporting companies’ share prices appears to have been undone by his continuing to add to leveraged bets as markets soared. The strategy fell apart when some of those bets started to reverse on him.

Mr. Hwang’s strategy began backfiring in recent weeks, as the stock price of companies in which Archegos had significant exposure, including China internet search giant Baidu Inc. and Farfetch, began to sell off. Baidu’s stock price rose sharply in February, but by mid-March its shares had dropped more than 20% from its highs.

Farfetch’s stock followed a similar trajectory, dropping more than 15% off its February highs by March.

The announcement of additional financing by ViacomCBS early last week put further stress on Archegos, said people familiar with the matter, with news of the deal sparking a slide in the shares and adding to Archegos’s mounting losses. The fund by that time had started selling some of its position in ViacomCBS to try to offset losses, adding to pressure on the stock.

ViacomCBS shares had surged 160% since the start of the year through March 22, with the launch earlier this month of its new Paramount+ streaming service contributing to gains. Discovery also recently launched a streaming service, which analysts said buttressed its stock price.

Still, ViacomCBS’s stock at times rose even as the broader market fell the week of March 15, leading some traders to speculate that a ViacomCBS investor was propping up its price and trying to squeeze short sellers. In a short squeeze, short sellers are forced to buy back shares to close out their losing bets, pushing prices sharply higher in the process.

Similarly, GSX’s resilient stock price, despite heavy attacks from activist short sellers and an investigation by the U.S. Securities and Exchange Commission, had perplexed hedge funds shorting the stock. Goldman and Morgan Stanley on Friday sold a total of nearly 33 million shares of GSX in block trades, traders said.

Goldman and Morgan Stanley on Thursday and Friday worked with Archegos to sell some of its stock to help it post more collateral. As part of that process, the banks executed block trades of stocks, including in Tencent Music Entertainment Group, Baidu and IQIYI. That wave of selling didn’t give the fund enough assets to post enough collateral.

Goldman Sachs told some hedge funds on Friday that they were selling large blocks of stocks as a result of the involuntary deleveraging of a fund, investors said. The bank’s traders said they would give priority to customers who could buy as much stock as possible or several blocks of stock in different companies. Morgan Stanley similarly marketed a block of stocks in multiple companies Friday, saying buyers couldn’t bid on individual companies in the basket, said investors.

In some instances, Goldman and Morgan Stanley sold slugs of stock in the same company at different times, leaving investors who bought in the earlier trade upset as prices fell further.

Goldman sold 100 million shares of Tencent Music Friday morning in a sale amounting to $1.8 billion; Morgan Stanley followed up with a sale of 36 million Tencent Music shares later in the day for about $600 million, traders said.

Mr. Hwang was one of a select club of analysts trained by hedge-fund industry pioneer Julian Robertson, many of whom went on to become billionaires. He founded Tiger Asia Management LLC in 2001 with support from Mr. Robertson. Tiger Asia was based in New York and went on to become one of the biggest Asia-focused hedge funds, running more than $5 billion at its peak. In 2008, it was one of a swath of funds that suffered losses related to the soaring share price of Germany’s Volkswagen AG.

Mr. Hwang turned Tiger Asia into his family office and renamed it Archegos, according to its website. Archegos describes itself as focused on public stocks in the U.S., China, Japan, Korea and Europe.