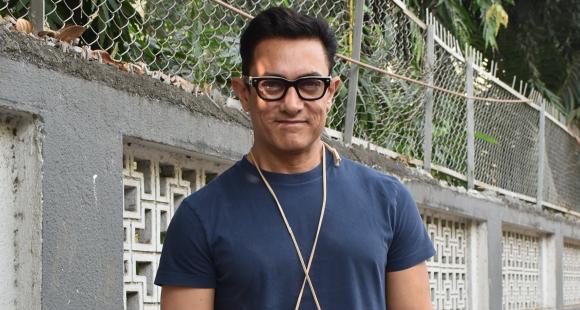 After Laal Singh Chaddha, Aamir Khan’s next might be either of the Gulshan Kumar Biopic, Mogul or director RS Prasanna’s upcoming inspirational slice of life sport film. Exclusive details

Aamir Khan is currently shooting for his upcoming film, the Advait Chandan directed Laal Singh Chaddha, which is gearing up for a Christmas 2021 release. On wrapping up the shoot, he is expected to sit down with his team on the post production of the social drama – the official adaptation of Tom Hanks classic, Forrest Gump. While the actor also has the Gulshan Kumar biopic, Mogul under his kitty, Pinkvilla has learnt that Aamir Khan is in advanced talks with Shubh Mangal Saavdhan director, RS Prasanna for his next.

The film will be produced by Sony Pictures India. “The screenplay of Shubh Mangal Saavdhan followed the Aamir Khan narrative of LED (Laughter, Emotion, Drama) and the actor is himself a fan of the film. The two had met even before to discuss a subject, but things didn’t fall in place. But now, Aamir is in advanced talks with the director for his next, and he has basic loved the concept,” revealed a source close to the development, adding further that more meetings are slated to happen once the current schedule of Laal Singh Chaddha is wrapped up.

The yet untitled film is said to be set against the backdrop of sports with a strong emotional element, and ample of humour. “It’s not a quintessential sport film, but something very ‘special’. One can bracket it as an inspirational slice of life sport film and it falls right in the alley of brand Aamir,” the source informed, adding that the screenplay of the film is adapted from a Spanish film (more on this soon).  The rights of the film in question rest with the studio partner of Aamir. The discussions are currently underway and Aamir is expected to take a call on signing the dotted lines once he wraps up Laal Singh Chaddha. “Being a film set against the backdrop of sport, it calls for a big ensemble. However, the casting will begin, once Aamir officially signs the contract.”

Aamir was supposed to act in the official remake of Tamil Film, Vikram Vedha, however, he eventually didn’t sign on for reasons best known to the stakeholders. Ever since, he has been in talks with multiple filmmakers, exploring scripts and stories to form a line up. There’s another biopic that he is in talks for, however, it’s in a very nascent stage to be spoken about at the moment (We shall bring an update when the conversation reaches some sort of conclusion). At present, one isn’t sure on what Aamir would start next, after completing Laal Singh Chaddha. It could be Mogul, it could be the RS Prasanna film, or, the biopic or it could be an altogether different film too. But well, we can assure you, at the moment, he is definitely in talks for the RS Prasanna film. Let’s wait and watch as to what happens in the weeks to follow. Stay tuned for more updates on Aamir Khan and his upcoming films exclusively on Pinkvilla.