Home EntertainmentBollywood Exclusive! Anurag Basu recalls his battle with cancer: I just wanted to breathe until I went on the ventilator

Exclusive! Anurag Basu recalls his battle with cancer: I just wanted to breathe until I went on the ventilator 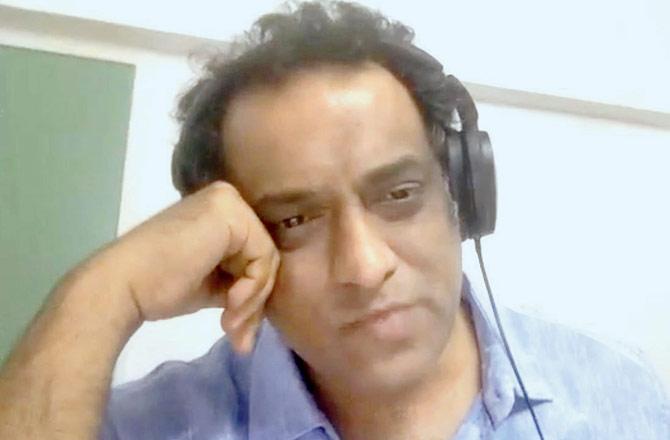 Filmmaker Anurag Basu, who was lauded for his last directorial, Ludo, opened up about his real life story of battling cancer and beating it. In 2004, the director was diagnosed with acute promyelocytic leukemia, a type of blood cancer. It was shortly after the success of his film Murder (starring Emraan Hashmi and Mallika Sherawat) that Basu was diagnosed with late-stage cancer. Doctors gave him a few weeks, max.

Talking about the same, Anurag Basu in an exclusive chat during mid-day’s Sit With Hitlist with Mayank Shekhar, said, “It just happened too quickly. One day I just saw my reflection, and I didn’t know this is what I was looking like – the internal bleeding was happening, buckets of blood going out. I just wanted to breathe until I went on the ventilator for 17 days. It took a toll on my dad, actually. His health deteriorated after that. It was tough on my family.”

Relating his real-life situation to a scene from his film Life In A Metro, where Nafisa Ali’s character dies in an ambulance, in a traffic jam, Basu said, “I thought this was going to happen to me, when I was being shifted from Lilavati [Hospital] to Tata [Memorial Centre].”

This was also the time Anurag Basu was in the midst of a film called Tumsa Nahin Dekha (2004, starring Hashmi, Dia Mirza). But the film, as he says, was all in his head. And he was struggling to live. Each day, he would relay instructions recorded into a dictaphone from his hospital bed, to keep the shoot going.

Basu’s cancer treatment carried on for a couple of years. Basu recalled how he had become really thin, he had his mask on all the time. “There were hospital bills to recover, with treatment in the ICU that had gone on for really long. There was a survival issue, with regard to money. I went to my old television colleagues at Zee and Sony, and they gave me shows to do. I had no film. So, it was back to square one. I did television for over a year,” said Anurag Basu.

He got on a film set finally with Gangster: “I also had Life In A Metro to make. But decided that I may as well be with Vishesh Films at the point. [Producer] Mukeshji used to carry a sanitiser in his bag, yell at me if I wasn’t being careful. They were not greedy; they were careful about my health. They asked me to wait, and I didn’t want to.”