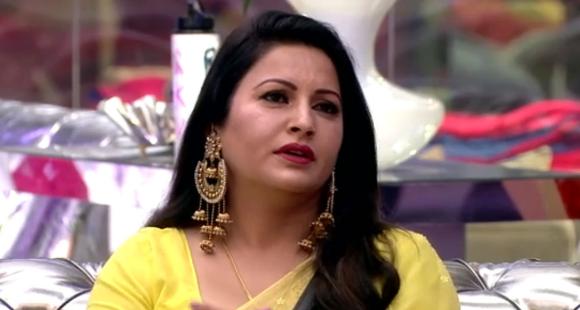 Sonali Phogat, who has recently been eliminated from Bigg Boss 14, made headlines for her equation with Aly Goni. In her exclusive conversation with Pinkvilla, here what the lady has to say about the same.

EXCLUSIVE: BB14’s Sonali Phogat opens up on her liking towards Aly; Compares their age gap with Priyanka, Nick

Bigg Boss 14, which started with a bang last year, has been getting intense with every passing day. Recently, Sonali Phogat was eliminated from the popular reality show on the basis of audience votes. For the uninitiated, Sonali had entered the house as a wild card contestant and was eliminated after around a month. Interestingly, during her stint in BB14, the lady grabbed a lot of attention ever since she confessed liking Aly Goni on national television. Following this, Sonali’s equation with the Yeh Hai Mohabbatein actor has been the talk of the town.

Recently, Sonali got into an exclusive conversation with Pinkvilla and opened up on her equation with Aly and stated that while she does like the actor, she has her limits. She said, “When I was in the house for a month, he took care of me and praised me and I liked this. So, I said I like him and there isn’t any big deal in this. I didn’t say I want to marry him or I love him.” Sonali also questioned that if she is being questioned about this because of her political career. Furthermore, the lady also reacted upon the trolls targeting her for the age gap between her and Aly. To this, Sonali emphasised that they have an age gap of 10 years which is less than the age gap between Priyanka Chopra and Nick Jonas. This isn’t all. She also pointed out the age gap between Sushmita Sen and her beau Rohman Shawl.

Sonali then mentioned that while she does like Aly, she knows her limits well. She also mentioned that she had spent a great time with his husband for two decades and she still loves him. Well, the BB14 contestant has clearly opened up on her stand about Aly, we wonder the actor has to say about their equation.

Also Read: EXCLUSIVE: Sonali Phogat OPENS up about her journey in Bigg Boss 14: Did not expect to stay more than a week

Back to Top
Close Add post
X
Diddy’s Latest Throwback Pics Have Fans In Awe – See Them Here…GossipsDiddy shared some throwback pics on his social media account that have fans in awe. Check out the photos that he posted on his IG account. Someone sai…

EXCLUSIVE: BB14’s Sonali Phogat opens up on her liking towards Aly; Compares their age gap with Priyanka, Nick