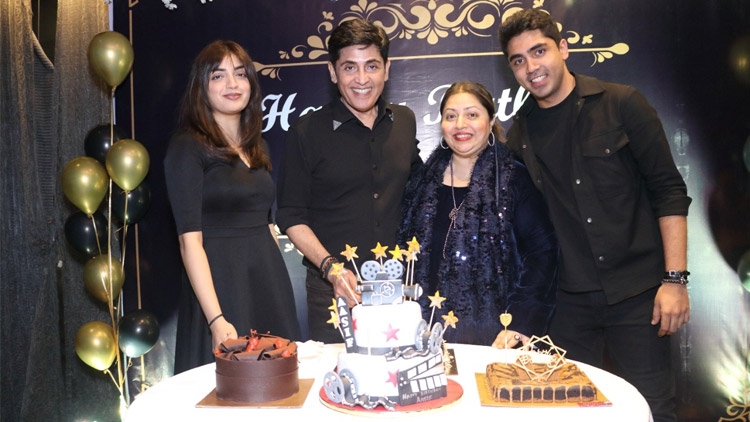 Vibhuti Narayan Mishra, one of the most-loved characters of &TV’s popular show Bhabiji Ghar Par Hai, essayed by extraordinarily talented and charming Aasif Sheikh, celebrated his birthday recently. He hosted a party on his 57th birthday, which was attended by his family and close friends.

The celebration, which took place on November 11, was attended by his beloved wife Zeba Sheikh, son Alyjah and daughter Maryam. But that’s not it! Present at the occasion were also his reel family from the show, Bhabiji Ghar Par Hai. Rohitashv Gaur, Nehha Pendse, Shubhangi Atre, Soumya Tandon and Yogesh Tripathi were spotted having a gala time at Aasif’s party. His close friend Atul Agnihotri and veteran actress Sulbha Arya were also in attendance.

Speaking about his birthday celebrations, Aasif Sheikh (Vibhuti Narayan Mishra) said, “Birthdays have always been special for me, as I get reminded of all these amazing years that I have lived with some incredible people around me. Having spent more than three decades in this entertainment industry, I feel that each person who watches me on screen and loves me is a part of my family.

So, on my birthday, I pray for my fans’ well-being and wish for their support forever. This year has been wonderful in terms of work, family, and achievements. I have already received the best gift this birthday, which is being honoured by The World Book of Records. I still feel overwhelmed thinking about it.”