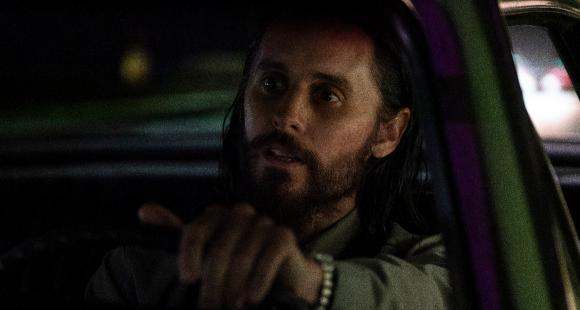 Jared Leto, who stars as an enigmatic appliance deliveryman named Albert Sparma in The Little Things, revealed how he was adamant that his character’s physicality be a “real transformation.”

EXCLUSIVE: Jared Leto was adamant his The Little Things character’s physicality be a ‘real transformation’

Amongst the highly-awaited Hollywood movies up for a release this month is The Little Things starring a power-packed ensemble which is headlined by not one, not two, but three Oscar-winning stars – Denzel Washington, Rami Malek and Jared Leto. For the unversed, the intense psychological thriller takes place in the 1990s and is about the investigation of a serial killer.

Speaking of Leto, the 49-year-old actor plays Albert Sparma, an oddly inscrutable yet enigmatic appliance deliveryman who despite being highly intelligent feels underappreciated and a society outcast. Given his reputation as the ultimate method actor, Jared was very specific when it came to his prep for Sparma. “I spent a lot of time on his physicality; I was pretty adamant that it be a real transformation, that we’d go as far as we could without losing the audience, as far as the performance goes. And that was really rewarding,” the Dallas Buyers Club star revealed. “It was a fun character to play because there were no rules. For whatever reasons, he’s not able to have a job that reflects his intelligence and abilities, so I think that’s why Albert is attracted to Rami and Mr. Washington’s characters, because of the complexity of their work. He thinks of himself as a part-time detective, something he does in his free time,” Leto concluded. Are you excited to see Jared Leto as Albert Sparma in The Little Things? Share your excitement with Pinkvilla in the comments section below.

ALSO READ: Jared Leto had no idea about COVID 19 until later in March; Reveals he was on a silent meditation retreat

Directed by John Lee Hancock from his own original screenplay, The Little Things is slated to release in India on January 29.

EXCLUSIVE: Jared Leto was adamant his The Little Things character's physicality be a 'real transformation'