EXCLUSIVE: Kajol reveals her ‘intense’ quarantine, jokes how her family locked themselves in 4 separate rooms 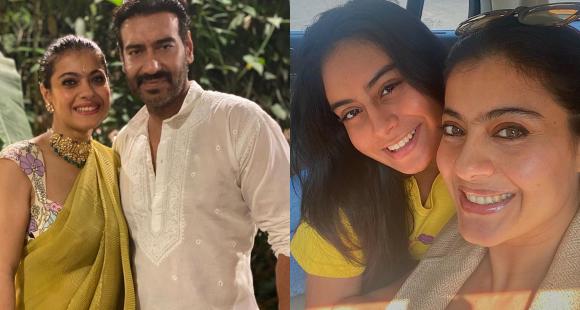 Kajol along with the other leading ladies of Tribhanga namely Renuka Shahane and Tanvi Azmi spoke to Pinkvilla in an exclusive chat. Check it out below.

EXCLUSIVE: Kajol reveals her ‘intense’ quarantine, jokes how her family locked themselves in 4 separate rooms.

Kajol is all set to begin 2021 with a bang as her Netflix film Tribhanga is set to release this Friday. The actress along with the other leading ladies namely Renuka Shahane and Tanvi Azmi spoke to Pinkvilla in an exclusive chat. They discussed from all things motherhood to spending “enforced’ time with their families during the lockdown.

Kajol, being the super candid self that she is, revealed how her quarantine period was an ‘intense’ one. “It was a very, very concentrated period as a mother. My son goes to school from 8 am to 4 pm and now school came home and I had to attend school with him at least to make sure that he was in class,” Kajol revealed.

Adding, “It was an interesting quarantine for us as a family. It was really intense and interesting.”

Joking about what she, her kids Yug and Nysa and husband Ajay Devgn did to get space from each other, Kajol revealed. “At the end of the quarantine, I have to say that I’m very grateful for the fact that we had four bedrooms in the house. Each of us could get one bedroom and we could all go into the room and lock ourselves in whenever it felt like.. to get that space from each other.” Tanvi also agreed with Kajol as she, too, is a mother a teenage son and revealed that her little one was all over the house.

Check out this super fun conversation with the leading ladies of Tribhanga on Pinkvilla:

ALSO READ: Tribhanga Teaser: Kajol all set to make her OTT debut in an intriguing avatar; Film to drop on January 15