EXCLUSIVE: Nora Fatehi on her role in Ajay’s Bhuj: The Pride of India: People will be proud of me 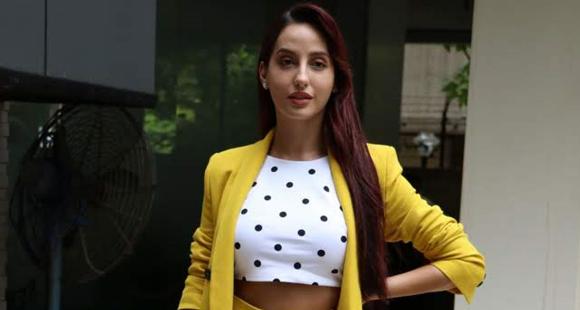 Nora Fatehi is quite excited to be a part of Ajay Devgn starrer which will be set during the 1971 Indo Pak War.

EXCLUSIVE: Nora Fatehi on her role in Ajay’s Bhuj: The Pride of India: People will be proud of me

Nora Fatehi has been one of the most talented artists in Bollywood and she has proved the same time and again. The actress has won millions of hearts with her stunning looks and impressive dance moves. Besides, Nora’s acting skills are also grabbing a lot of attention. Interestingly, the actress, who was seen in Varun Dhawan and Shraddha Kapoor’s Street Dancer 3D, has been roped in for Ajay Devgn’s Bhuj: The Pride of India and Nora can’t stop gushing about the same.

Interestingly, during an exclusive conversation with Pinkvilla, Nora spilled beans on her role in the historical war drama and revealed that she has a meaty role in the movie. During the conversation, the diva was asked about playing the lead role in the movie, to which Nora stated that she has been looking for performance oriented roles wherein she can show her potential. “With Bhuj, which is Ajay sir’s film, I think for me that role is more powerful than any main lead role that I could ever get. It is very very performance oriented role and people will be proud of me for this. I think if you would tell me if you would take a lead role to this role, I would take this role any day because it’s performance oriented and people will have respect for me for that.”

Meanwhile, talking about Bhuj: The Pride of India, the movie will be set during the 1971 Indo-Pak war. Helmed by Abhishek Dudhaiya, the historical war drama action thriller will also feature Sanjay Dutt, Sonakshi Sinha, Nora Fatehi, Sharad Kelkar, Ammy Virk along with Ajay and Nora.

Anil Kapoor opens up on ticking all boxes in his career’s new...

Lil Wayne And Denise Bidot Unfollow One Another On Social Media Sparking...