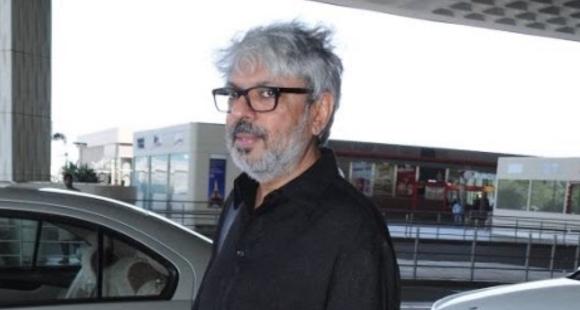 The duo had first worked together in Hum Dil De Chuke Sanam, which had even bagged Ismail Darbar a National Film Award for Best Music Direction.

We had earlier reported that Sonakshi Sinha, Huma Qureshi, Nimrat Kaur, Sayani Gupta and Manisha Koirala will feature in the Sanjay Leela Bhansali backed show, Heera Mandi. Soon after, the Dabangg actress was also clicked outside SLB’s Juhu office. Pinkvilla now has a new update on this soon to roll period-drama. We have learnt that Bhansali is all set to reunite with acclaimed music director Ismail Darbar 19 years after last collaborating on the Shah Rukh Khan, Madhuri Dixit and Aishwarya Rai Bachchan starrer Devdas.

They had first worked together in the 1999 romantic-drama Hum Dil De Chuke Sanam, which had featured Salman Khan, Aishwarya Rai Bachchan and Ajay Devgn in the lead. The movie had even bagged Darbar a National Film Award for Best Music Direction. “Considering the subject of the show, music will play a pivotal role in the narrative and Sanjay Leela Bhansali feels Ismail Darbar will do complete justice to it. SLB himself has a great ear for music and has already started brainstorming with Darbar on a few ideas,” informs a source close to the development.

Bhansali and Darbar share a great equation and the composer even considers the filmmaker as his mentor. The pre-production on Heera Mandi has already begun and is expected to roll in April. As of now the plan is that Bhansali will helm the first two and the last episode of the series, while Vibhu Puri will be directing the remaining ones. Besides the actors mentioned above, buzz is that the show will feature a lot more artists, casting for which is currently underway.

Meanwhile, Bhansali is presently busy shooting for the Alia Bhatt starrer Gangubai Kathiawadi. We even texted Darbar and Bhansali’s team, but haven’t heard back from them.